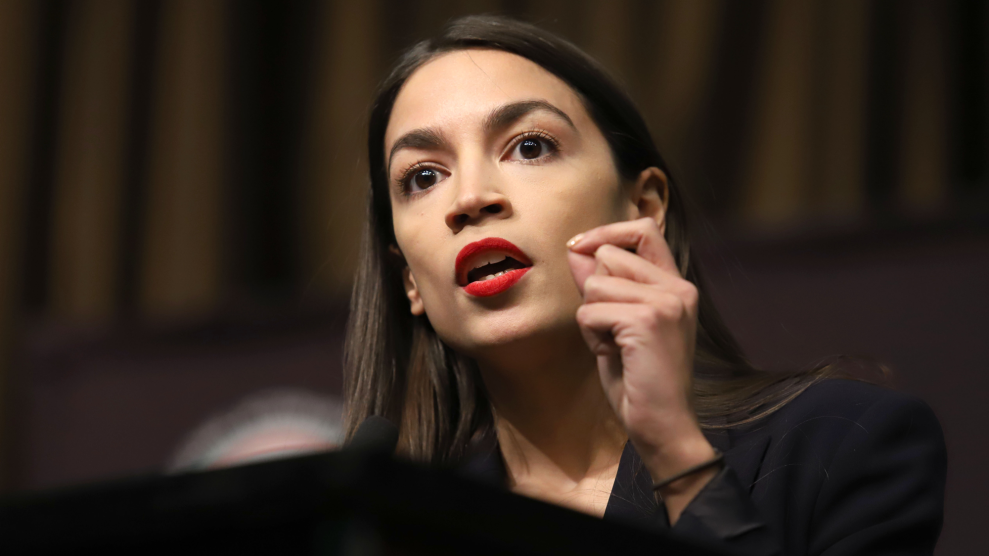 I missed this on Sunday, but it’s something to keep in mind as the primary contests pick up:

Representative Alexandria Ocasio-Cortez on Sunday issued a warning to the Democratic Party to “rally behind” the party’s eventual presidential nominee or risk damaging their chances to defeat President Trump.

Ocasio-Cortez, who endorsed Senator Bernie Sanders in the Democratic primary, claimed that reports that her party is conspiring to deny the Vermont independent the nomination are “overblown,” but warned Democrats against using “super delegate or other kind of subversive policies to deny anybody the nomination.”

“It’s incredibly divisive to do so, and very demoralizing, which is a direct threat in November,” Ocasio-Cortez said in an interview with Time magazine. “The moment you start playing games trying to deny whoever is the nominee, we really start to get into dangerous territory in terms of defeating Trump.”

I think most Democratic primary voters agree with her.