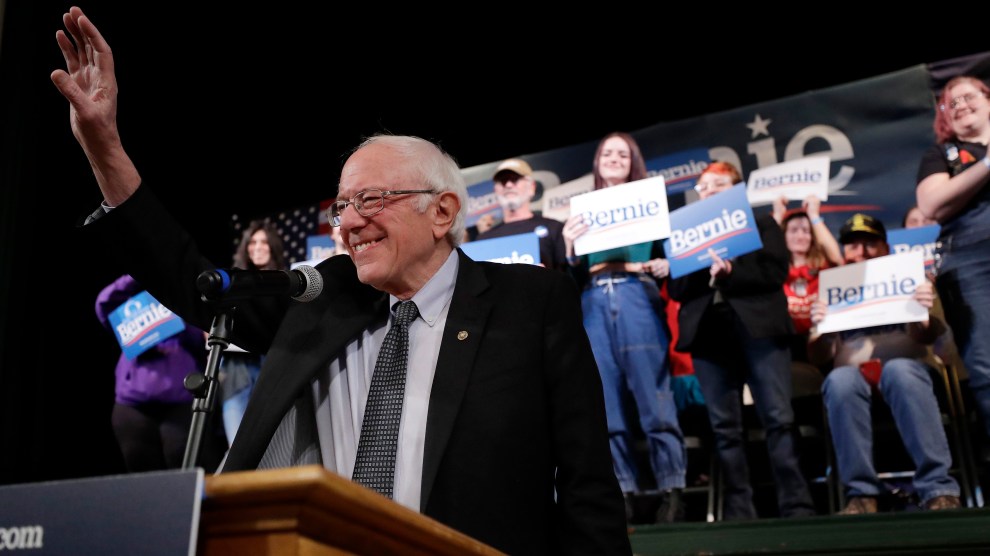 Tuesday marks Sanders’ second primary win in New Hampshire, which borders his home state of Vermont. Sanders defeated former Secretary of State Hillary Clinton in the state’s 2016 primary with more than 60 percent of the vote.

Sanders narrowly lost to Pete Buttigieg in last week’s Iowa caucus. Sanders won the most individual votes in the caucus, but lost to Buttigieg by two state delegate equivalents. Following a week of intense competition between the two candidates, Buttigieg came in second and a rising Amy Klobuchar finished a close third.

Former vice president Joe Biden came in fifth, as the results stand now, a markedly poor result for a candidate who prides himself on name recognition. Sen. Elizabeth Warren (D-Mass.), previously considered a front-runner in the race, placed fourth. Because neither candidate looks on track to hit 15 percent in the state, neither Warren nor Biden will gain any delegates out of New Hampshire, per CNN.

Entrepreneur Andrew Yang dropped out of the race Tuesday night, as did Colorado Sen. Michael Bennet.

"This victory here is the beginning of the end for Donald Trump." – @BernieSanders pic.twitter.com/PT6vRE4EQO