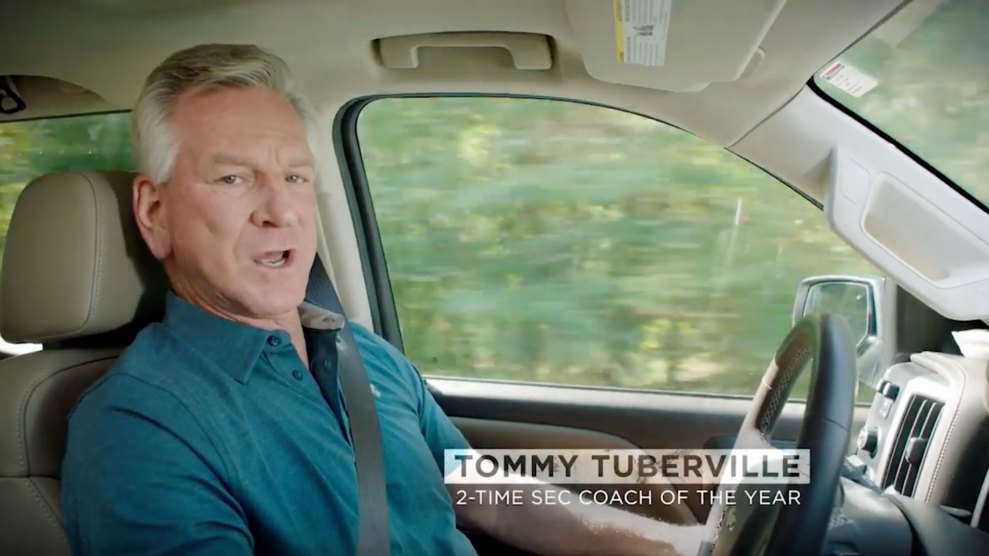 Sen. Doug Jones (Ala.), one of the most vulnerable Democrats up for reelection this year, faces a difficult impeachment vote as he tries to retain his seat in a state Trump won by 28 points. On Tuesday, Jones said he had “tentatively” made a decision on how he would vote, though he didn’t say what that decision was.

Doug Jones, the vulnerable Alabama Democratic senator, says he’s “tentatively” made a decision on how he’ll vote on conviction – and says he’ll announce it tomorrow morning, likely in the 11a hour.

One of Jones’ potential Republican opponents is having a much easier time making up his mind on Trump. In a new TV ad, former Auburn football head coach Tommy Tuberville describes himself as a no-nonsense Christian conservative who believes that “God sent us Donald Trump because God knew we were in trouble.” It’s a sentiment that Tuberville has expressed before, on an Alabama radio show.

Jones will face a difficult test following the contentious Republican primary, which also includes religious extremist Roy Moore—who lost his 2017 bid for the seat amid sexual misconduct allegations (Moore denied the accusations)—and former Trump Attorney General Jeff Sessions, who held Jones’ seat for two decades. One December poll, by JMC Analytics and Polling, found that Tuberville leads Jones by 7 points. Another December poll—which Trump tweeted out in late January with the words “I LOVE ALABAMA!”—showed that Sessions with a narrow lead over Tuberville in the GOP primary.

In the ad, Tuberville promises to support Trump’s efforts to build a wall on the southern border. He’s previously taken that nativist rhetoric even further, promising to “fight against the invasion of illegal aliens into our country.”

“I’m not looking for a career,” Tuberville says in the ad, just before it cuts to footage of him carrying a gun and wearing hunting gear. “I’m looking to save this country with Donald J. Trump.” But from who?

We’re going to show the swamp what it really means to not back down! #TeamTub #DrainTheSwamp #GOP #Winner #Leader #MAGA #KAG @realDonaldTrump @TeamTrump #alsen #alpolitics