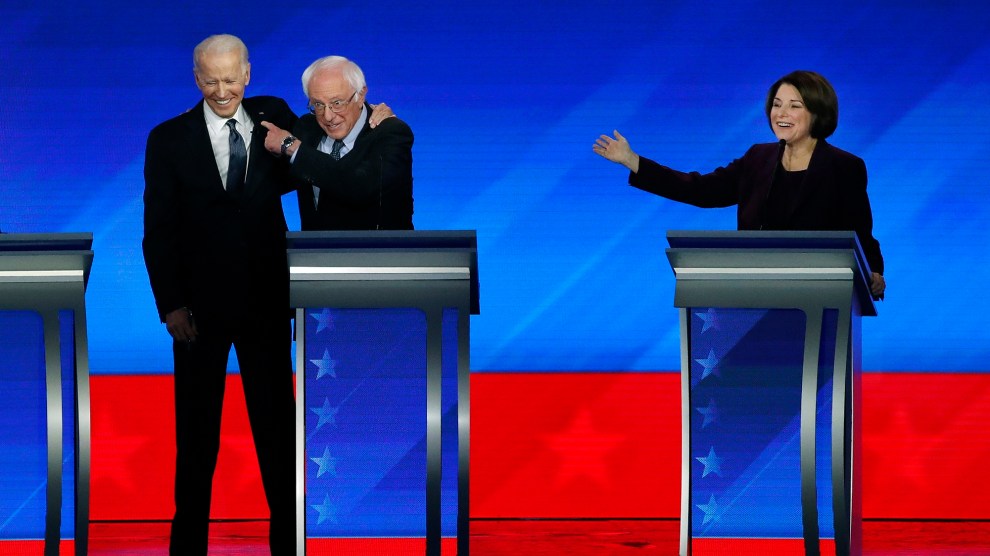 But after a few early digs, the Democratic candidates are upholding their reputation for bringing tote bags to a knife fight.

“At the end of the day…everybody up here is united,” said Sanders. “No matter who wins this damn thing, we’re all going to stand together to defeat Donald Trump.”

Amy Klobuchar kept the love going, saying, “I like Bernie just fine,” before listing bills they had successfully worked on together in the Senate.

But the highlight so far was definitely the Biden-Bernie hug that happened about 45 minutes in.

It should be noted, this wasn’t the first Biden-Bernie hug to happen on a debate stage this cycle. They also embraced onstage in October in Ohio.