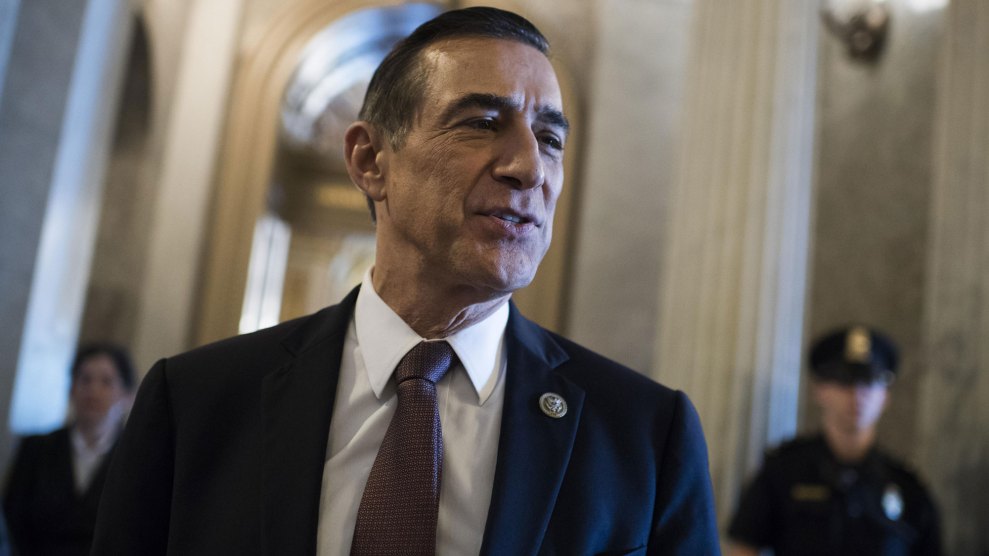 More than a week after voting concluded in California, it is looking like the showdown for disgraced former Rep. Duncan Hunter’s vacant congressional seat will come down to Hunter’s past Democratic opponent, Ammar Campa-Najjar, and a wealthy retired Republican congressman, Darrell Issa, who previously represented a neighboring district. While final votes are still being counted, Campa-Najjar holds a comfortable lead over the field, with Issa in second; the candidate currently in third place conceded on Tuesday.

If the next few months are anything like the past few, the race could get really ugly. The primary for California-50 was marred by infighting among Republicans for the longtime GOP-held seat. Issa, a Trump confidante who was known as one of the wealthiest congressmen, retired in 2018, as a record number of Republicans left office. He and Carl DeMaio, a former San Diego City Councilman and firebrand radio host, jockeyed to show how aligned they were with President Donald Trump while spending more than $2 million apiece on their campaigns. As the Los Angeles Times reported, in TV ads ahead of Super Tuesday, DeMaio accused Issa of “quitting” on Trump when he left his congressional seat, while Issa called DeMaio a “Never Trump liberal.”

Issa drew significant backlash, even from fellow Republicans, for an attack ad against DeMaio, who is gay, that featured headlines calling out DeMaio’s sexuality. A San Diego Union-Tribune editorial criticized the ad as “despicable,” adding that Issa “lost some of his humanity” and that “gay-baiting is unacceptable and unforgivable.” Neither Republican received the Union-Tribune‘s endorsement.

Issa’s spending thus far eclipses that of Campa-Najjar, who lost to Hunter in 2018 while Hunter was under indictment for federal corruption charges. (My former Mother Jones colleague Bryan Schatz profiled Campa-Najjar back then.) Hunter resigned from Congress in January after he pleaded guilty to conspiring with his wife to illegally spend more than $150,000 in campaign funds for personal use—a long and absurd list of expenses that includes flights for his pet rabbit, Eggburt, as Bryan chronicled. Hunter and his wife face a maximum of five years in prison, though they are expected to serve far less than that. Federal prosecutors have recommended that Hunter serve 14 months in prison.

Campa-Najjar and Issa will be now vie for one of just six House seats that Republicans still hold in California two years after a wave of Democrats snagged a slew of seats. If Issa, who Mother Jones profiled back in 2009, prevails in November, the former Oversight Committee chair will be one of the most senior Republicans in the House, given his years of prior service. And Issa might even serve alongside Democrat Mike Levin, who flipped his former seat in 2018.