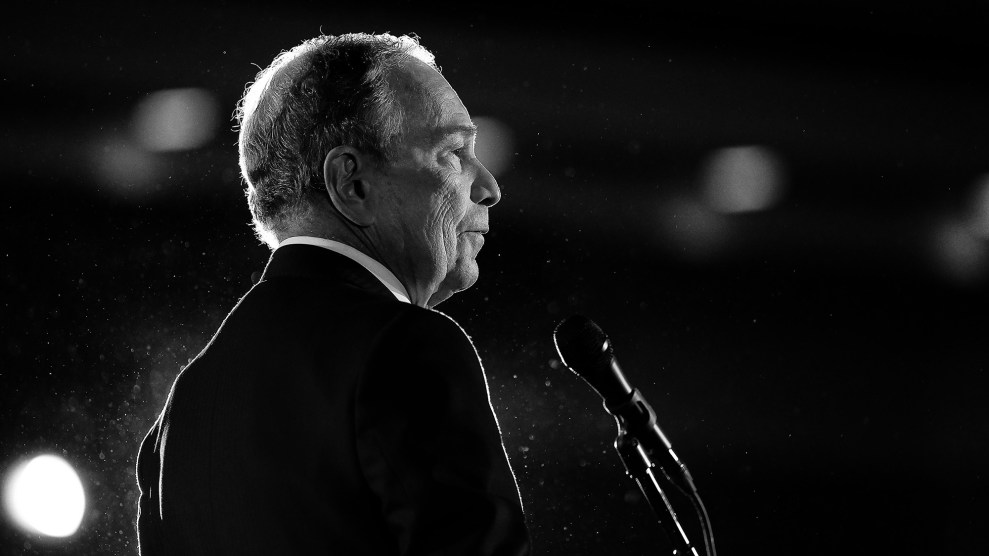 Michael Bloomberg, the billionaire philanthropist and winner of just a handful of delegates, has withdrawn from the Democratic presidential race. He endorsed Joe Biden.

“I’m a believer in using data to inform decisions,” Bloomberg said in a statement on Wednesday morning. “After yesterday’s results, the delegate math has become virtually impossible—and a viable path to the nomination no longer exists.”

The former New York City mayor invested more than $500 million of his own money in an effort to become the consensus candidate for a fractured party, but he instead found himself flayed onstage during a pair of debates—most prominently by Sen. Elizabeth Warren (D-Mass.).

No matter where you looked during the feverish weeks of the primary season, Bloomberg was there, with social media influencers shaping the debate online and a half-billion-dollar TV ad campaign seeking to convince voters to send him to the White House.

But Bloomberg’s record as mayor and his behavior toward women at his company dogged his campaign from the outset. During his three terms in city hall, Bloomberg embraced the use of discriminatory policing practices, including the NYPD’s notorious use of stop-and-frisk searches. He had a history of making sexist comments about women in his workplace and received fierce criticism for the number of female former employees who were bound by nondisclosure agreements.

Despite his self-professed adherence to data-based decision-making, Bloomberg gravely miscalculated how far money would get him in this campaign. Turns out, it’s harder to buy the presidency than it seems.