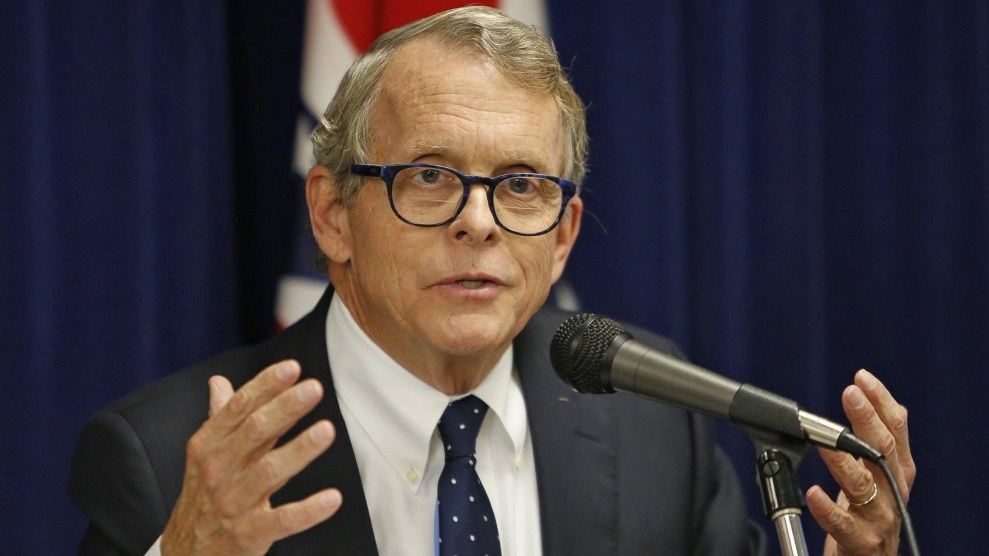 Ohio Gov. Mike DeWine declared on Monday that he was recommending “that we postpone in-person voting until June 2, 2020,” detailing plans to delay the state’s primary election that was originally scheduled for Tuesday.

The announcement would overrule a Friday statement from Ohio Secretary of State Frank LaRose, made along with the top election officials of the other three states slated to hold primaries, that Tuesday’s elections would go forward as planned.

“We cannot tell people to stay inside, but also tell them to go out and vote,” DeWine, a Republican, tweeted Monday. “I’m making this recommendation because we must also look out for our poll workers.”

The governor explained that that the state would be filing a lawsuit to delay voting, but that it “will be up to a judge to decide if the election will be postponed.” In the meantime, DeWine said voters would still be able to request absentee ballots.