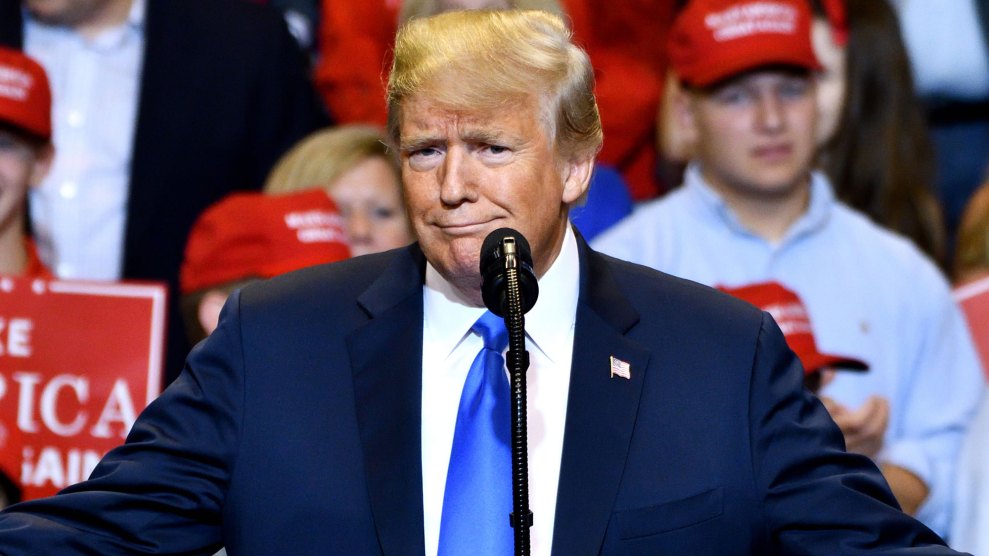 A new poll released Wednesday by OH Predictive Insights had some very good news for Arizona Democrats: The party’s likely Senate nominee, former astronaut Mark Kelly, leads Republican Sen. Martha McSally by nine points. And better still, Kelly is at or above the 50 percent threshold for the second consecutive poll.

Or maybe it’s not exactly news. Kelly has led the last nine polls of the race, according to Real Clear Politics tracker, dating back to last August. If you want to find a survey that showed McSally in the lead, you’d have to go all the way back to last May—when this same pollster had her up by one. The Arizona race is technically a special election to permanently fill the seat held by the interim Repbulican Sen. Jon Kyl, who was appointed to fill the vacancy left by the late Sen. John McCain. (This is confusing, but: McSally lost her 2018 Senate bid to Democratic Kyrsten Sinema in the race to succeed a different retiring Republican, Sen. Jeff Flake, but Republican Gov. Doug Ducey appointed her nonetheless to replace Kyl.) If Democrats are going to take back control of the Senate, they will need to flip at least three Republican seats (four, if you expect Alabama Sen. Doug Jones to lose; five, if that happens and they don’t win the White House). Right now, Kelly is looking like their safest bet.

But there’s another pretty big election in Arizona this fall—the presidential race, where 11 electoral votes are up for grabs. That’s one more than Wisconsin. And the news on that front is, if anything, even more encouraging for Democrats. There have been 13 head-to-head polls between Joe Biden and President Trump in Arizona over the last 14 months, and Trump has led just one of them—by two points in December. In the same OH Predictive Insights survey, Biden also led his opponent by nine points, and was likewise above the 50 percent threshold.

That is, as he might say, a big effing deal. While much of the party’s energy over the last four years has focused on winning back the Midwestern “blue wall,” Arizona—which was more competitive than Ohio in 2016—right now represents a more favorable landscape than that most critical of swing states, Wisconsin. And it has one more electoral vote, to boot. Another point in Arizona’s favor: it has also taken significant steps toward a vote-by-mail system.

So much about the November election is up in the air right now. (Who has the energy to pay attention to polls in a pandemic?) But there are signs, at least, that the next blue wall might just be in the Southwest.