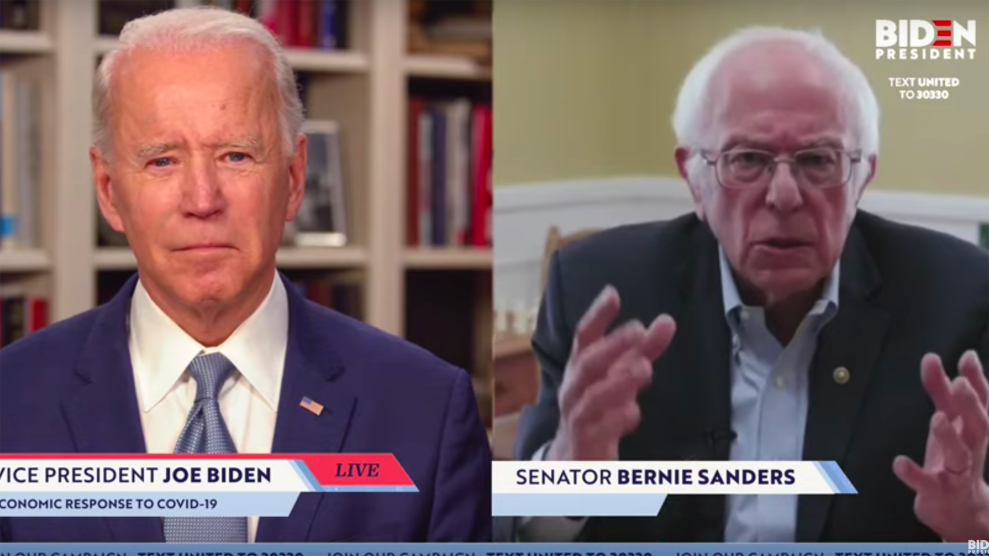 Bernie Sanders made no secret of who he was going to support for president when he dropped out of the Democratic primary last week. He called Joe Biden “a very decent man who I will work with to move our progressive ideas forward,” and he promised that “together, standing united, we will go forward to defeat Donald Trump, the most dangerous president in modern American history.” But campaigns are all about bells and whistles and formal announcements, and so on Monday, the Vermont senator dropped by Biden’s regular campaign livestream to say a little more directly what he had intimated before: Sanders was endorsing Biden for president.

“I am asking all Americans, I’m asking every Democrat, I’m asking every independent, I’m asking a lot of Republicans, to come together in this campaign to support your candidacy—which I endorse—to make certain that we defeat somebody who I believe—and I’m speaking just for myself now—who is the most dangerous president in the modern history of this country,” Sanders said.

Sanders wasn’t finished. He announced that his staff and Biden’s would be forming task forces on issues key to the progressive movement—including immigration reform, climate change, criminal justice, and “how we have a health care system that is so much better than what we have right now.”

“It is no great secret out there, Joe, that you and I have our differences—we’re not gonna paper them over, that’s real,” Sanders continued. But he said he believed the task forces would help the party move forward.

It was not the kind of big production that campaigns like to put together for “unity” rallies. (In 2008, Hillary Clinton and Barack Obama literally rallied in the town of Unity, New Hampshire—eye-roll.) But it was a striking split-screen to see, coming so quickly after Sanders dropped out, and a reflection of an understated dynamic throughout the 2020 Democratic primary—Sanders and Biden get along far better than Sanders and Clinton ever did. By all accounts, they seem genuinely fond of each other. (“The former vice president falls into an exclusive category for the Vermont senator: the people who were nice to Sanders before he mattered,” as BuzzFeed put it in March.) Sanders, broadcasting live from his home office, sat with a chess set behind his right shoulder, and when Biden asked if he had anything else to say, the senator joked that they should play a match.

Maybe they should livestream that, too.