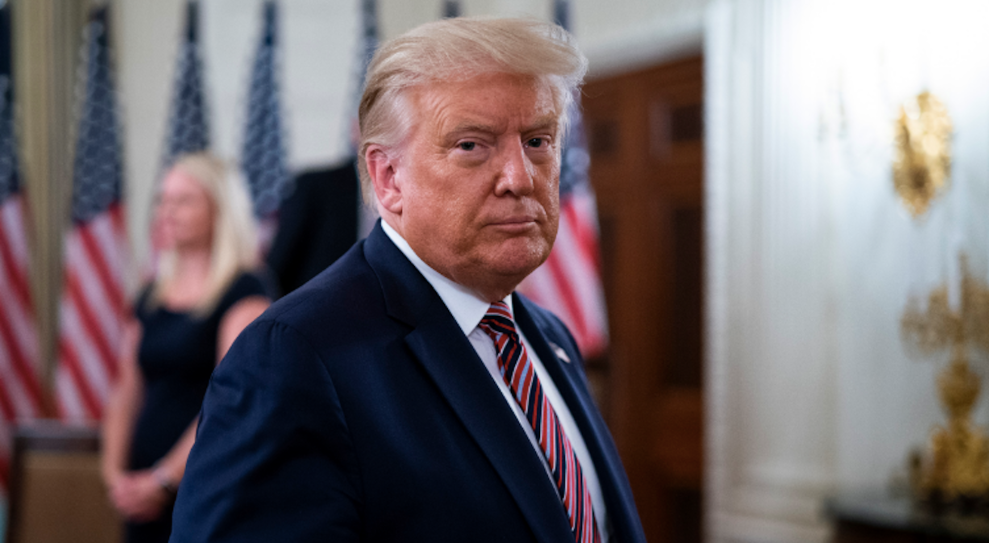 The outbreak of the coronavirus in the United States has devastated the Postal Service. But as the threat of bankruptcy looms over one of the country’s most critical institutions—a crisis that has already sparked widespread delays and deep concerns that mail-in voting will be jeopardized in November—President Trump is exacerbating the issue in an effort to increase his odds of reelection. If earlier in the pandemic that strategy seemed a bit abstract, this week, we’ve seen him repeatedly admit to it.

“They don’t have the money to do the universal mail-in voting. So, therefore, they can’t do it, I guess,” Trump said at his daily coronavirus briefing on Wednesday, where he, once again, embraced the false narrative that mail-in voting leads to voter fraud.

Now here he is this morning on Fox Business. “Universal mail-in ballots. They want $25 billion dollars for the post office,” he said, referring to Democrats, who have increasingly expressed alarm that the new head of the Postal Service, a major Trump donor, seems to be carrying out the president’s plans to sabotage the agency.

“They need that money in order to have the post office work so it can take these millions and millions of ballots. But if they don’t get those two items,” Trump added, also referencing Democrats’ proposal for $3.6 billion for mail-in voting, “that means you can’t have universal mail-in voting, because they’re not equipped to have it.”

These are extraordinary admissions. During a pandemic that he and his administration have badly mismanaged, the president is refusing to restart congressional negotiations for coronavirus relief if the legislation includes emergency funding for a service that, in addition to helping society function normally, would make voting safer and more accessible at the exact moment when requests for absentee ballots are soaring. And as my colleague Pema Levy explained, when it comes to absentee ballots, the importance of timing can’t be overstated:

The number of mail-in ballots used this year will be magnitudes higher than in 2016, which puts millions of ballots at risk of not being counted. In 34 states, ballots received after Election Day—which falls on November 3, 2020—are not counted. In others, ballots need to be postmarked by Election Day, but a crippled Postal Service often fails to apply the postmark, which could result in more ballots being rejected.

“You’d never have a Republican elected in this country again,” Trump said back in March while discussing voting reforms aimed at expanding access to the ballot. Here at least we get to the core rationale that’s likely governing Republican silence on the issue. They, like this president, worry that if more people are able to vote, Republicans will be less likely to win. And they’ll let Trump manipulate the Post Office with impunity—even if it means blocking financial relief during the worst economic climate since the Great Depression—because they believe it’ll rig their elections, too.