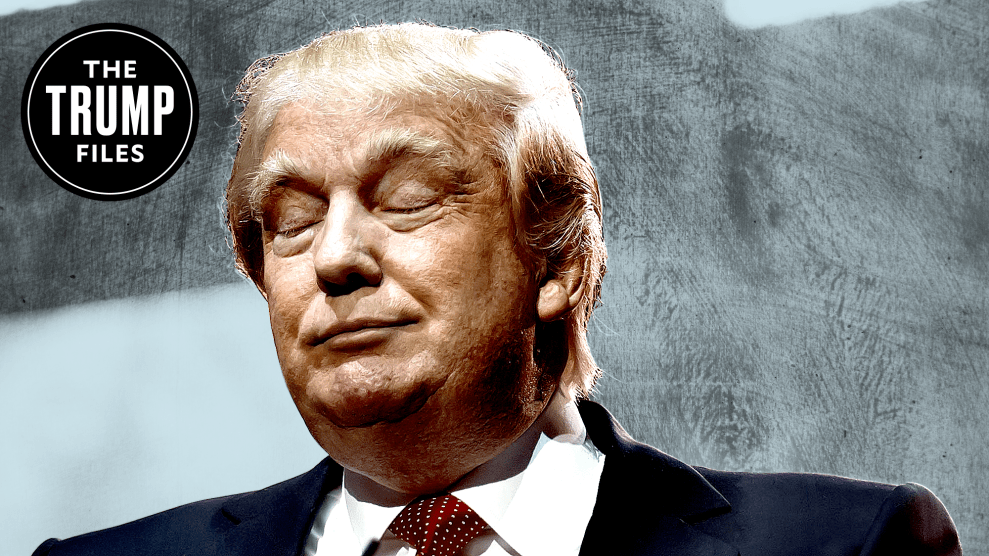 This post was originally published as part of “The Trump Files”—a collection of telling episodes, strange but true stories, and curious scenes from the life of our current President—on July 13, 2016.

The construction of Trump Tower may have been Donald Trump’s greatest achievement, but it was a disaster for the city’s artistic legacy.

To build his skyscraper, Trump first had to knock down the Bonwit Teller building, a luxurious limestone building erected in 1929. The face of the building featured two huge Art Deco friezes that the Metropolitan Museum of Art wanted to preserve. The museum asked Trump to save the sculptures and donate them, and the mogul agreed—as long as the cost of doing so wasn’t too high.

But then, according to journalist Harry Hurt III in his book Lost Tycoon, Trump discovered that taking out the sculptures would delay demolition by two weeks. He wasn’t willing to wait. “On his orders, the demolition workers cut up the grillwork with acetylene torches,” Hurt wrote. “Then they jackhammered the friezes, dislodged them with crowbars, and pushed the remains inside the building, where they fell to the floor and shattered in a million pieces.”

The art world was shocked. “Architectural sculpture of this quality is rare and would have made definite sense in our collections,” Ashton Hawkins, the vice president and secretary of the Met’s board of trustees, told the New York Times. Robert Miller, a gallery owner who had agreed to assess the friezes, told the paper that “the reliefs are as important as the sculptures on the Rockefeller building. They’ll never be made again.”

The Times reported that Trump also lost a large bronze grillwork, measuring 25 feet in length, from the building that the museum had hoped to save.

Trump—posing as spokesman John Baron, one of the fake alter egos he used to speak to the press throughout his career—told the Times that he had the friezes appraised and found they were “without artistic merit” and weren’t worth the $32,000 he supposedly would have had to pay to remove them intact. “Can you imagine the museum accepting them if they were not of artistic merit?” Hawkins said in response.

“It’s odd that a person like Trump, who is spending $80 million or $100 million on this building, should squirm that it might cost as much as $32,000 to take down those panels,” Otto Teegen, who designed the bronze grillwork, told the Times. Yet he wasn’t willing to protect the art in this construction deal.