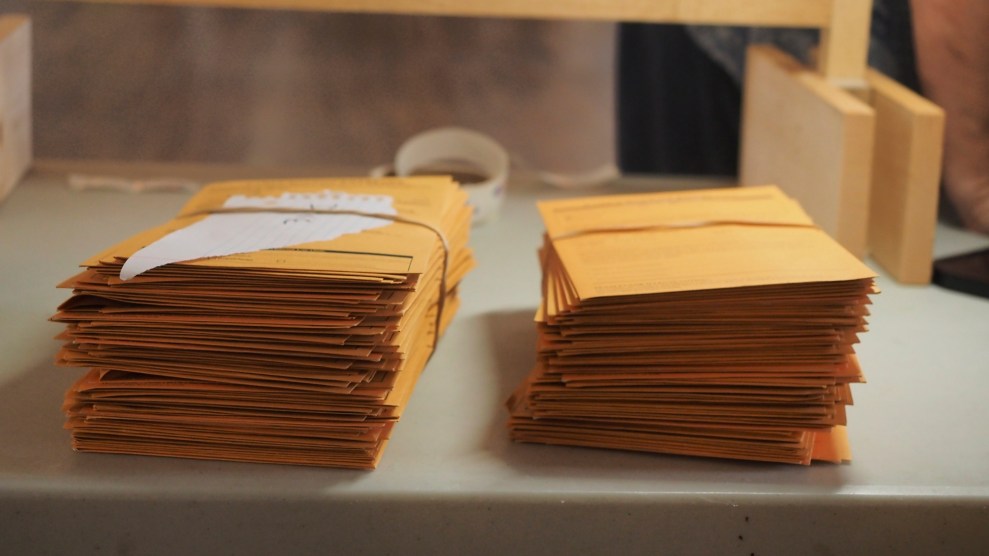 A federal appeals court issued an order on Sunday temporarily suspending a lower court’s order that Wisconsin ballots postmarked by election day should be counted if they are received up to six days later. The order was not signed by any of the 14 judges who sit on the court, which includes Supreme Court nominee Amy Coney Barrett.

The stay from the Seventh Circuit Court of Appeals was issued without explanation, suggesting the appeals court will issue its own ruling on the matter. The judges who issued the order are not named. But, as President Donald Trump baselessly attacks the integrity of mail-in ballots in an open bid to subvert November’s election results if he loses, the new order affecting a swing state is guaranteed to inflame concerns about Republican voter suppression efforts.

This looks like an administrative stay, as a 7th Circuit motions panel considers the question.
Democrats have succeeded in getting a number of favorable rulings on mail in ballot rules, some of which may now be reversed as they work their way to #SCOTUS. https://t.co/uMMglfPGzI

After an April primary vote in Wisconsin was complicated by long lines, limited polling locations, and a lack of poll workers due to the coronavirus pandemic, Democrats sued to extend a deadline requiring ballots to be counted by 8pm on November 3 in order to be counted. Federal District Court Judge William Conley last week granted most of Democrats’ requests. Sunday’s ruling blocks that order from taking effect.

The appeals court’s action comes at the outset of what appears to be a major COVID-19 outbreak in Wisconsin. On Saturday the state reported a record number of new cases, more than 2,800, with an alarming 22 percent positive test rate. That figure indicates that Wisconsin, which already has one of the highest per capita infection rates in the country, probably has a substantially more coronavirus cases than shown by testing. The state also recorded a record number of hospitalizations for COVID on Saturday.

The latest outbreak is likely to increase the number of Wisconsin residents who want to vote by mail, making it even more important that their ballots count. It is not yet clear how the appeals court, and perhaps the Supreme Court, will rule on the matter. Yet is quite clear what Trump and his allies hope they will do.