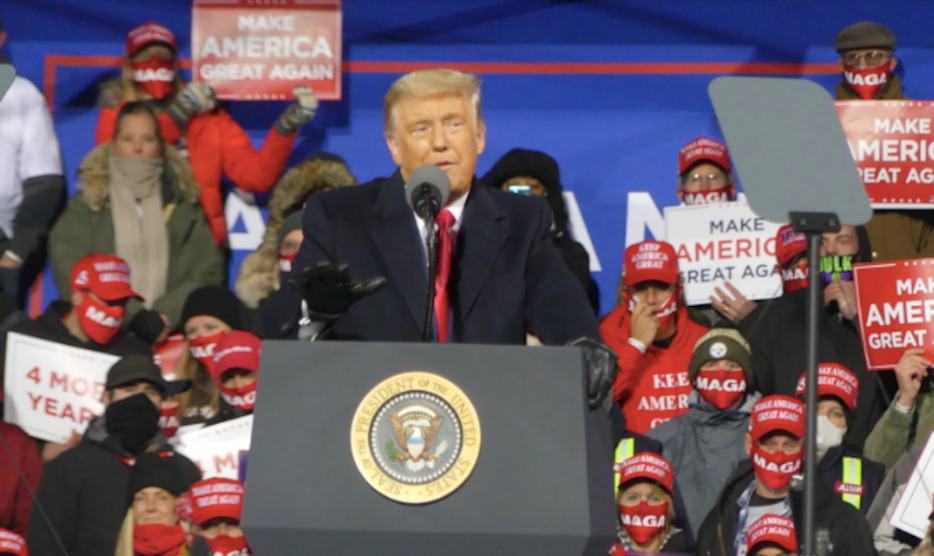 In the final weekend before the presidential election—with Democrats returning mail-in ballots in unprecedented numbers—Donald Trump’s campaign is once again pushing false, conspiratorial arguments designed to prevent those ballots from being counted. (Reminder: in most states, it’s now too late to mail back your mail-in ballot; instead, you should hand-deliver it, based on the rules in your state.)

The latest lies came on Sunday when Trump campaign adviser Jason Miller claimed that Democrats are relying on the millions of votes that aren’t expected to be counted until after election night—an enormous volume that since the start of modern US elections, has always taken days or weeks to accurately sort—in order to “steal” victory.

“If you speak with many smart Democrats, they believe that President Trump will be ahead on election night, probably getting around 280 electoral [votes], somewhere in that range,” Miller told ABC News’ George Stephanopoulos. “Then they’re going to try to steal it back after the election.”

“No matter what they try to do,” he continued, “what kind of hijinks or lawsuits or whatever kind of nonsense they try to pull off—we’re still going to have enough electoral votes to get President Trump re-elected.”

It’s true that in a number of key swing states, Trump may appear to have a large lead in the votes counted on election night. That’s because these states may not finish counting the mail ballots, which are expected to overwhelming favor Democrats, until days after the election. These are perfectly legal votes, and any effort by Trump to declare victory before they are tallied will be nothing more than disinformation.

Miller’s efforts to delegitimize mail-in ballots on national television comes as Republicans in key battleground states, including Pennsylvania and Minnesota, are working to throw out votes through a series of lawsuits. In Texas, where voter turnout is breaking records, that extends even to in-person voting. The Texas Tribune has more on that last-ditch effort to disenfranchisement more than 100,000 voters:

For the nearly 127,000 people who did so at drive-thru polling places instead of in traditional indoor sites, many are now watching with fear as a wealthy conservative activist, a Republican state representative and two GOP candidates aim to throw out their ballots at the last minute. In the state’s most populous—and largely Democratic—county, drive-thru voters are left anxiously awaiting court decisions before Election Day on Tuesday that could force them to go back to the polls. Likely many more are unaware of their votes’ potential demise.

.@GStephanopoulos: “Basically, you’re saying that the president needs to have a clean sweep of all the states in the Sunbelt that he won back in 2016?”

Jason Miller: “I said I believe that we’re going to win all of them. There are multiple pathways.” https://t.co/PPoWucYWDV pic.twitter.com/qTsbAbxGxq