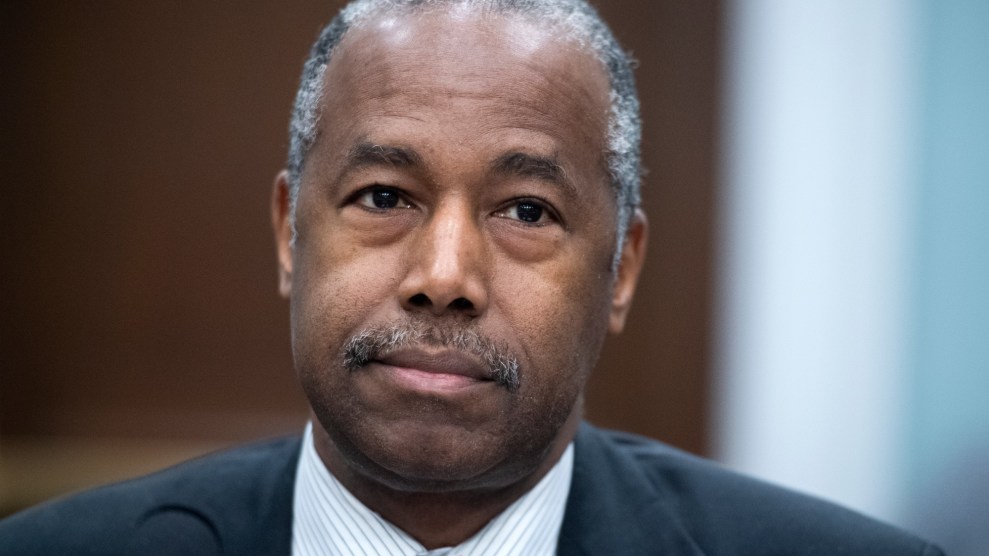 On Sunday morning, Ben Carson, the head of the Department of Housing and Urban Development and the only Black member of Donald Trump’s cabinet, declined to back up Trump’s oft-repeated claim that he’s done the most of any president for the African American community since Abraham Lincoln.

In an interview with George Stephanopolous on ABC’s This Week, Carson said it’s not “productive” to have the debate about whether or not Trump has been the best president for Black people. The remarks came after the president’s interview with Fox News on Friday, where he once again made the claim: “I think I’ve done more for the Black community than any other president, and let’s take a pass on Abraham Lincoln because he did good…although it’s always questionable,” Trump said.

JUST IN: In an interview with @GStephanopoulos on @ThisWeekABC, Secretary of Housing and Urban Development Ben Carson declines to back President Trump's claim that he’s the best president for black America since Abraham Lincoln. https://t.co/cSOs65iULu pic.twitter.com/XJPO3btemu

Carson said it was more important to highlight what the president has actually done, as he launched into a modest list of administration initiatives that he said had benefited African Americans. “The opportunity zones were designed to bring money into areas that are traditionally neglected,” the secretary said. “It has been quite successful. Prison reform has been quite successful.”

But Stephanopoulous pushed further, asking Carson if Trump should stop making the claim altogether. “It’s hard to compare that to Lyndon Johnson passing the Civil Rights Act, Ulysses Grant sending in troops to take on the Ku Klux Klan, President Eisenhower sending in troops to enforce Brown v. Board of Education,” the host pointed out.

While Carson didn’t answer directly, he conceded those historic presidential actions were noteworthy while stopping short of admitting they outstrip his bosses’ accomplishments. “All of which is a significant part of our history,” he responded. “We should be willing to look at what we’ve done collectively to make progress.”