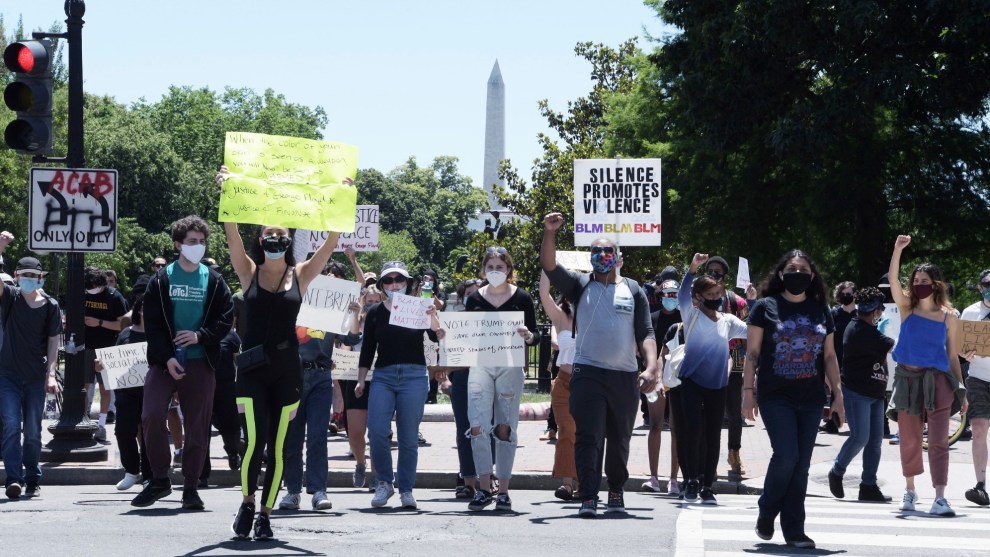 Tens of thousands of peaceful protesters in New York City and Washington, DC, gathered hours before curfew Tuesday to demonstrate against police violence and, in some cases, clean up after some businesses had been vandalized.

In DC, today’s protests follow aggressive police action the night before, when those who had gathered near the White House were tear gassed and forcibly removed half an hour before the 7 pm curfew. This was to give President Donald Trump a chance to stand in front of the historic St. John’s Episcopal Church, the site of a fire Sunday night, for a photo op in which he posed with a Bible. That night, police used helicopters, rubber bullets and smoke canisters to disperse those who remained on the streets.

Join our reporters Dan Friedman and Will Peischel in DC, and Noah Lanard in New York City, for their coverage of the Tuesday’s marches, into the evening after the curfews drop.