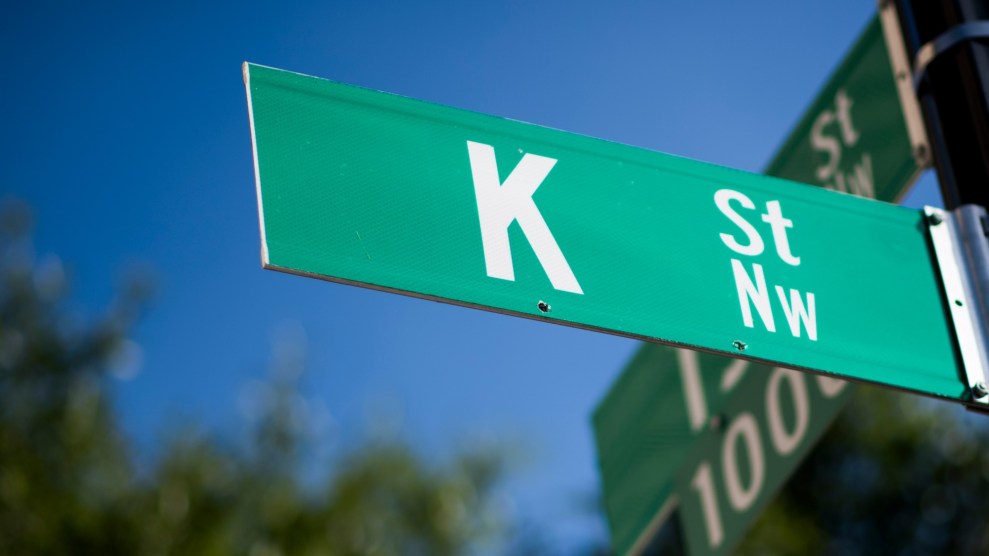 Washington, even when shut down by coronavirus, is still Washington. And K Street, even remotely, is open for business, selling help to firms seeking stimulus money or approval for products related to the pandemic.

Unsurprisingly, this means that some of the characters in the president’s orbit are gaining business.

Take Brian Ballard, arguably the most successful of a slew of DC lobbyists who have cashed in on connections to the mercurial president, who has allowed his time and properties to become keys to a sprawling influence industry, despite his pledge to “drain the swamp.” Ballard is a Republican National Committee fundraiser, who, prior to 2016, lobbied for the Trump Organization in Florida. Following Trump’s election, Ballard expanded his formerly Florida-based lobbying practice into a DC powerhouse, signing major companies including General Motors, American Airlines, MGM Resorts, and foreign states such as Qatar and Turkey, as well as Albania’s ruling party. I wrote last year about how Ballard lobbied one of Trump’s lawyers, Jay Sekulow, as part of an effort to get the Justice Department to hold off on prosecuting a Turkish state bank accused of violating US sanctions on Iran. Ballard’s firm employs several officials connected to Trump, including former White House deputy press secretary Raj Shah and Pam Bondi, who left the firm to assist Trump’s impeachment team before rejoining Ballard there this month.

Ballard is now representing at least one company, Nanopure LLC, that is seeking approval for a coronavirus cleaning product. The New York Times first reported the connection on Saturday. (Ballard also registered on March 25 to lobby for Millennium Physician Group LLC, which includes 500 health care providers in Florida. The group is expanding its virtual offerings to respond to COVID-19, but the nature of Ballard’s work for the company is not clear; the group did not respond to inquiries Monday.)

Nanopure told Mother Jones on Friday that in hiring Ballard, along with his associate Sylvester Lukis, a former Health and Human Services Department lawyer, it hopes it can get quick EPA approval to sell an aerosol mist spray it says can kill the coronavirus, as well as germs, bacteria, and other viruses in hospital rooms, hotels, and other enclosed spaces. “They’re able to put out the information,” Steve Gareleck, the CEO of the South Carolina-based firm, said. “I need help politically to get this thing to the right people.”

Gareleck said that NanoPure’s “system and solution will be able to save a lot of lives,” but because it is an aerosol mist, it needs EPA approval. The EPA has established a process to expedite such requests, Gareleck said, but epxlained that the trick for his small firm, which currently has around just eight employees, is ensuring it can quickly get studies showing the product is safe in front of decision makers.

In an email, an EPA spokeswoman told Mother Jones that said the agency “treats all submissions equally” and referenced a March 9 press release announcing an expedited process for reviewing disinfectants that want to claim on their labels that they can kill the coronavirus. Neither Ballard nor Lukis responded to inquiries from Mother Jones.

With Ballard on board, Gareleck said he hopes approval for his product will come within weeks. “We’re getting close,” he said, “and we’re talking to right people now.”