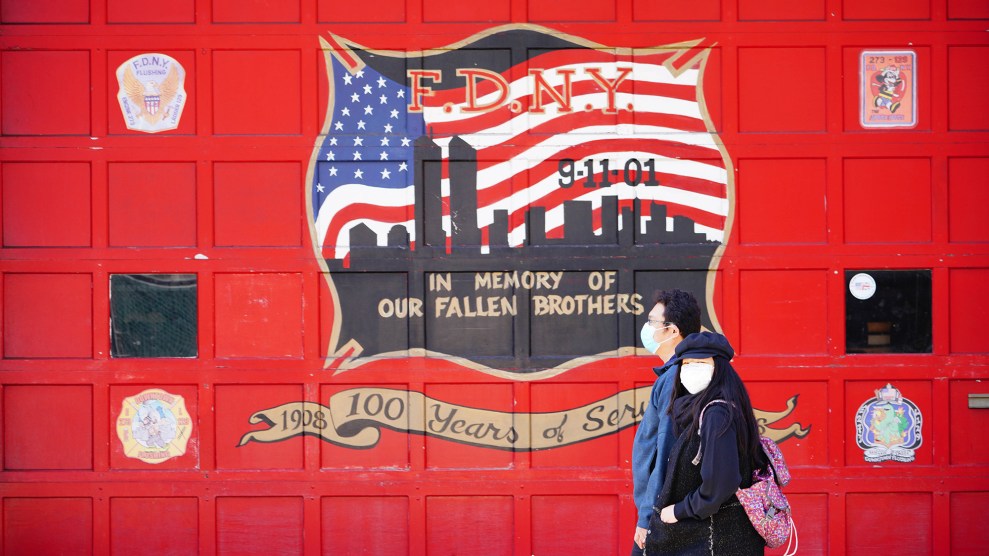 The virus’s death toll in the US hit more than 3,100 on March 30, exceeding the 2,977 victims who were killed in the World Trade Center, the Pentagon, and four hijacked planes on September 11. While the virus is incomparable in many ways to the sudden deaths on American soil in a terrorist attack, its slow-moving toll on civilian lives promises to upend American society in peacetime as only terror has done. And while the death toll surpassed 3,000 today, the number of confirmed cases is still rising rapidly, meaning many more people will likely die from COVID-19 in the weeks and months ahead.

The impact of September 11 went far beyond its initial death toll: Thousands of people were injured in the attacks, and thousands more died of diseases caused by exposure to toxic substances in the aftermath of the rubble of the Twin Towers. Its economic impact was similarly grim: In the three months following the attack, New York City’s economy lost 143,000 jobs each month and $2.8 billion in wages, according to a New York Times report from 2004.

The coronavirus’s effects will be far-reaching, as well. An estimated 160,000 people have been infected with the coronavirus in the United States, resulting in more than 20,000 hospitalizations and placing an unprecedented strain on the nation’s health care system. In addition, more than 3 million people have filed for unemployment due to the shuttering of non-essential businesses across the country. As the economy stumbled, the Congress passed a $2.2 trillion stimulus package—the largest of its kind in modern history.