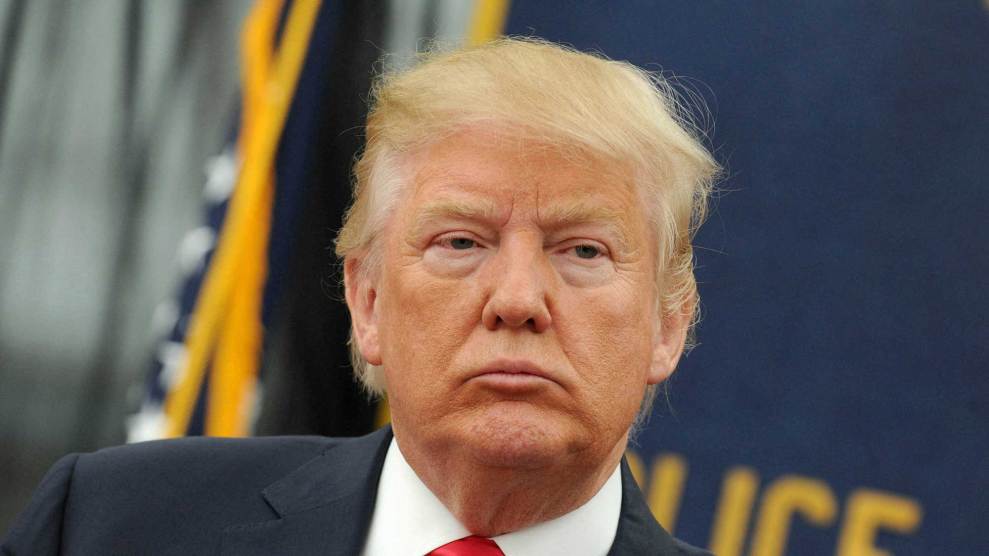 On Saturday night, as images of huge crowds stuck at customs at Chicago’s O’Hare International Airport went viral, Illinois Gov. J.B. Pritzker tweeted his frustration—tagging President Donald Trump and Vice President Mike Pence. “These crowds are waiting to get through customs,” he said, “which is under federal jurisdiction….you need to do something NOW.” Pritzker’s message was clear: “The federal government needs to get its s@#t together.”

The crowds & lines O’Hare are unacceptable & need to be addressed immediately.@realDonaldTrump @VP since this is the only communication medium you pay attention to—you need to do something NOW.

On Sunday morning, Pritzker said on Meet the Press that he did hear from the White House late Saturday night. Except it wasn’t to offer support or help at one of the nation’s biggest airports—rather, it was to yell at him for tweeting about it in the first place.

“Well, here is what I got,” he told host Chuck Todd. “I got a call at about 11 o’clock last night after that tweet from a White House staffer who yelled at me about the tweet. That is what I got.”

Pritzker went on to say the administration’s response at airports to the coronavirus pandemic “seems completely unprepared.”

You can watch the clip here.

Meanwhile, Sunday morning, Trump tweeted that “precise Medical Screenings” could be causing delays—12 hours after acting Homeland Security secretary Chad Wolf tweeted that DHS was “aware of the long lines” and that the screenings took “~60 seconds.”