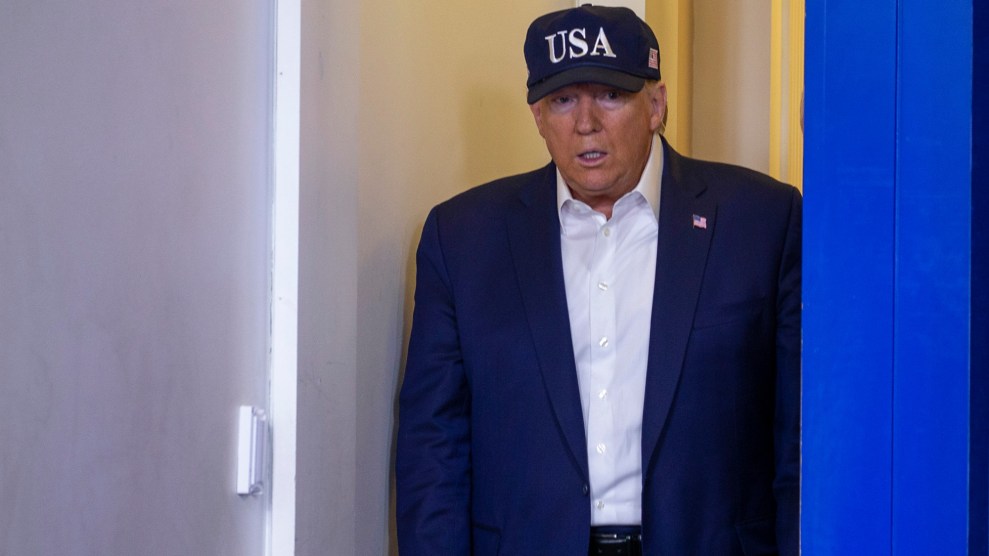 On Saturday afternoon, President Trump again used the platform of a White House coronavirus briefing to push two unproven drugs as a treatment, feeding into a swirl of medical misinformation and increasing the distance between his ad-hoc views and those of his scientist advisers.

When asked about the anti-malaria drug chloroquine as a possible coronavirus cure, Trump said it, along with the antibiotic azithromycin, could work and suggested they would be shared widely with patients.

Trump promoted the drugs at Friday’s briefing and earlier on Saturday morning on Twitter, despite the fact that the Food and Drug Administration has not approved either drug to treat COVID-19, the disease caused by coronavirus. There’s good reason for that. Despite some positive reports stemming from studies with small samples, the untested drug cocktail carries significant risks. As I reported this morning:

When used in conjunction with other medication or in the wrong dosage, taking them can be devastating. In China, officials recommended the use of chloroquine in February after some promising trials, but after a researchers in Wuhan discovered that doubling a daily dose of the drug could lead to death, China quickly “cautioned doctors and health officials about the drug’s lethal side effects and rolled back its usage,” Bloomberg reported. The AFP wire service has reported that social media messages pushing chloroquine have circulated widely in Nigeria, and that health officials there have seen cases of poisoning from the drug.

When pressed by a reporter about the wisdom of Trump pushing an unverified solution, Vice President Mike Pence said, “There is some anecdotal evidence that several existing medicines may have brought relief to patients struggling in China and Europe.” Dr. Anthony Fauci, director of the National Institute of Allergy and Infectious Diseases, used that same word—”anecdotal”—to describe the case for a prescription that Trump, only hours prior to briefing, insisted should be “put in use IMMEDIATELY.”

“The president is talking about hope for people and it’s not an unreasonable thing to hope for people,” Fauci said. “My job as a scientist is to ultimately prove without a doubt that a drug is not only safe but works.”