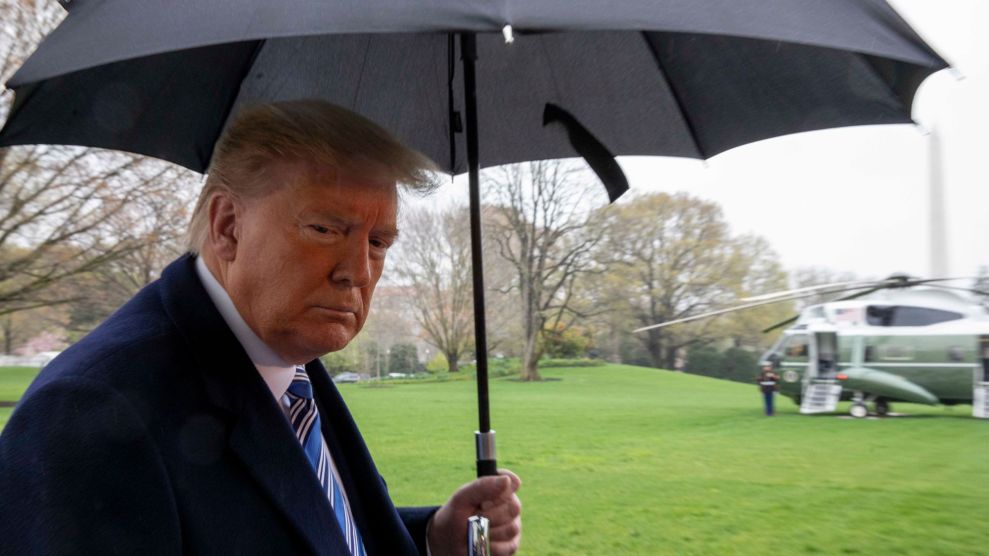 ….Federal Government. A quarantine will not be necessary. Full details will be released by CDC tonight. Thank you!

President Donald Trump says he may announce a two-week quarantine for residents of Connecticut, New Jersey, and New York as soon as today.

“We might not have to do it,” Trump told reporters on Saturday, “but there’s a possibility that sometime today we’ll do a quarantine—short term, two weeks—for New York, probably New Jersey, certain parts of Connecticut.” Trump’s maybe-maybe-not approach is likely to only add to the chaos being caused by the new coronavirus.

Trump said travel could be restricted from the three states “because they’re having problems down in Florida”—a key swing state in the 2020 election. “A lot of New Yorkers are going down [to Florida],” Trump said. “We don’t want that.” The president said he’d spoken by phone with Florida Gov. Ron DeSantis (R), a vocal Trump supporter who has been widely criticized for his response to the pandemic.

Trump added before boarding Marine One that it would be an “enforceable quarantine,” saying, “I’d rather not do it, but we may need it.” The president followed up his quarantine comment with a similar tweet.

I am giving consideration to a QUARANTINE of developing “hot spots”, New York, New Jersey, and Connecticut. A decision will be made, one way or another, shortly.

Gov. Andrew Cuomo (D-N.Y.) said Saturday that he hadn’t spoken with Trump about the possibility of a quarantine. “I haven’t had those conversations. I don’t even know what that means,” Cuomo said at a press briefing. “I don’t know how that could be legally enforceable, and from a medical point of view I don’t know what you would be accomplishing.”