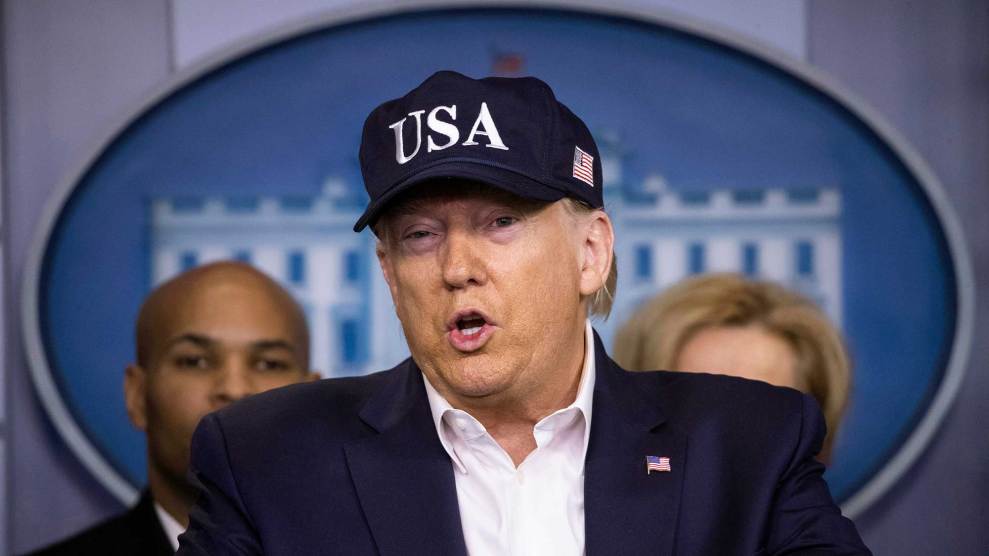 The Trump administration attempted to persuade a German science firm with “large sums of money” to leave Europe and develop a coronavirus vaccine “only for the United States,” according to reporting in a German newspaper Sunday.

It’s a bizarre tale. From Reuters:

Earlier, the Welt am Sonntag German newspaper reported that U.S. President Donald Trump had offered funds to lure CureVac to the United States, and the German government was making counter-offers to tempt it to stay.

There was no comment immediately available from the U.S. embassy in Berlin when contacted by Reuters over the report.

The basics: CureVac, a German biopharmaceutical company, is developing an experimental vaccine for the coronavirus that it hopes to have by June or July, when it would then push for approval on human testing. Earlier this month, Trump, Vice President Mike Pence, and administration and industry leaders met with CureVac’s CEO, Daniel Menichella, to discuss the vaccine. (Menichella was replaced as CureVac CEO by the company’s founder on March 11.)  Die Welt then reported that the United States reached out to broker an exclusive deal on the vaccine, prompting the German government to try to counter.

For its part, CureVac issued a statement on Sunday, saying, “The company rejects current rumors of an acquisition.”

The Trump admin has offered a German medical company "large sums of money" for exclusive access to a Covid-19 vaccine, German media have reported.

But a spokesperson for the health ministry of Germany confirmed to Reuters there is an ongoing battle.

“The German government is very interested in ensuring that vaccines and active substances against the new coronavirus are also developed in Germany and Europe,” a Health Ministry spokeswoman said, confirming a quote in the newspaper.

“In this regard, the government is in intensive exchange with the company CureVac,” she added.