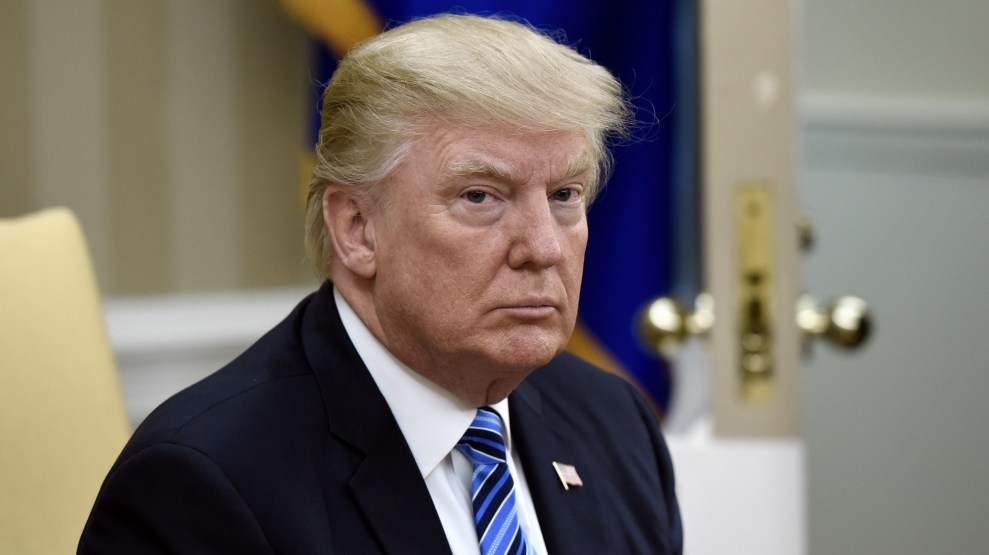 Despite warnings from senior advisors, President Trump spent months downplaying the threat of the coronavirus and avoiding taking action to prevent its spread in the United States, according to a bombshell Washington Post report published late Friday. “Donald Trump may not have been expecting this, but a lot of other people in the government were—they just couldn’t get him to do anything about it,” a US official told the Post. “The system was blinking red.”

Rather than take responsibly for their deadly missteps, in recent days, Trump and his deputies have targeted their ire at China for suppressing evidence of the outbreak in its early days and mishandling the response as it spread. Trump and Secretary of State Mike Pompeo have taken to using the phrase “China virus” to describe the strain; one White House staffer even called it the “Kung-Flu” when speaking with an Asian-American journalist. While China did struggle to respond effectively, censoring experts who tried to draw attention to the worsening disease, the Post story documents how Trump dragged his feet in January and February, even as “a majority of the intelligence reporting included in daily briefing papers” was about COVID-19. (As president, Trump has scheduled far fewer intelligence briefings than his predecessors and tends to avoid reading lengthy reports.)

When administration officials were able to directly bring the virus to his attention, it seems he would change the subject. Health and Human Services Secretary Alex Azar first got Trump on the phone about the coronavirus on January 18—three weeks after US officials became aware of the outbreak in China. He “couldn’t get through to Trump” until then, the Post reported; once he did, “the president interjected to ask about vaping and when flavored vaping products would be back on the market.”

Even after White House officials became more cognizant of the virus’s threat could pose to US health and safety—and Trump’s reelection chances—the president still showed minimal interest. In early February, days after then-acting Chief of Staff Mick Mulvaney began holding meetings devoted to the coronavirus, Trump predicted the virus would go away by April and even praised Chinese President Xi Jinping’s response as “strong, sharp and powerfully focused.”

Part of Trump’s reticence to acknowledge the scale of the crisis came from his personal relationship with Xi, a strongman leader who he “believed was providing him with reliable information about how the virus was spreading in China, despite reports from intelligence agencies that Chinese officials were not being candid about the true scale of the crisis,” the Post reported.

Even after infections spread to the United States, Trump continued to downplay the threat and showed concern with the effect widespread panic could have on the stock market. He was especially upset when CDC official Nancy Messonnier told reporters on February 25 that “disruption to everyday life might be severe” as the virus worsened. At the time, only 14 Americans had been diagnosed with COVID-19. According to the Post, “Trump called Azar on his way back from a trip to India and complained that Messonnier was scaring the stock markets.”