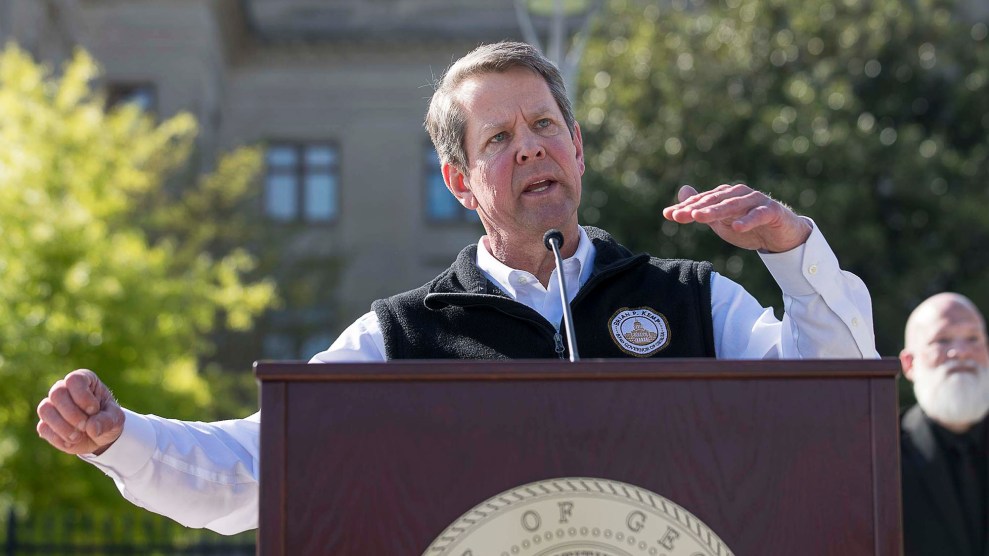 On Wednesday, Georgia Republican Gov. Brian Kemp issued a stay-at-home order, effective Friday, in an effort to combat the spread of COVID-19 in the state. Some parts of Georgia were already under such orders, thanks to local officials, and other parts of the country had begun taking such steps weeks earlier.

Kemp, like a number of other Trump-friendly Republican governors, had put off the inevitable for days. Why now? He’d just found out “that this virus is now transmitting before people see signs,” Kemp explained. “What we’ve been telling people from directives from the CDC for weeks now that if you start feeling bad stay home—those individuals could have been infecting people before they even felt bad. Well we didn’t know that until the last 24 hours.”

A stunning admission of deadly ignorance from Georgia Gov. Brian Kemp, who says he only just learned that asymptomatic people can transmit #Covid19. “[I]ndividuals could have been infecting people before they ever felt bad, but we didn’t know that until the last 24 hours.” pic.twitter.com/T7NZWk2GDR

I’m sorry, what? What on Earth?

It’s true that, this week, the Centers for Disease Control and Prevention announced that as many as 25 percent of people carrying the virus might be asymptomatic. That’s a new and ominous chunk of data supporting the idea that you can still transmit the virus even if you don’t feel sick. But it’s not a new idea. People have been talking about asymptomatic people transmitting coronavirus for a long time now.

“Infected people without symptoms might be driving the spread of Coronavirus more than we realized,” blared one CNN headline on March 19th, exactly 14 days ago.

“Coronavirus spreads quickly and sometimes before people have symptoms, study finds”—that was Science Daily on March 16, reporting on a study from the University of Texas.

On March 5, a group of German doctors reported to the New England Journal of Medicine “a case of 2019-nCoV infection acquired outside Asia in which transmission appears to have occurred during the incubation period in the index patient”—an asymptomatic transmission.

I mean, we know all of this. How come Brian Kemp didn’t?