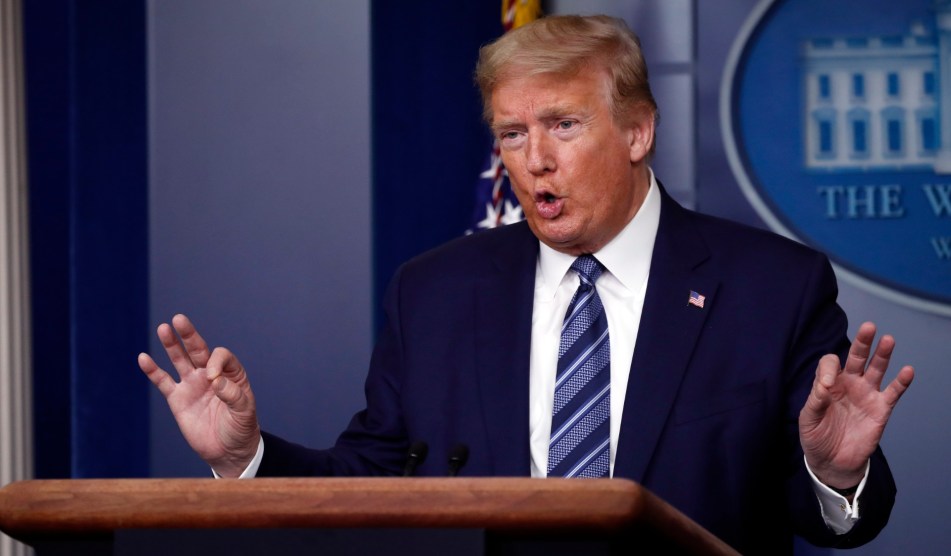 Last night, President Trump tweeted that he planned to sign an executive order to “temporarily suspend immigration” into the United States in response to the coronavirus pandemic.

In light of the attack from the Invisible Enemy, as well as the need to protect the jobs of our GREAT American Citizens, I will be signing an Executive Order to temporarily suspend immigration into the United States!

At his press conference today, he seemed to dial back the tweet: The executive order will only halt permanent residency applications, or green cards, for the next 60 days. (Trump did not specify which type of green card applications would be affected.) He will not suspend visas for temporary farmworkers, critical to the nation’s food supply and company’s bottom lines, he said.

But even if the restrictions are more limited than advocates had feared, let’s not forget what Trump has already done on this front. In recent months, his administration has all but shut down immigration into the country already. Since January 31, the United States has:

Trump paints the immigration crackdown as an effort to help the common laborer. The order to restrict new green cards is an effort to “protect the American worker,” Trump said during the presser. “It would be wrong and unjust for Americans laid off by the virus to be replaced with new immigrant labor flown in from abroad.”

In a country where immigrants make up 17 percent of the labor force, of course, immigrants are common American workers. But that’s not really what he means when he says “American worker,” is it?

Trump is expected to sign the executive order tomorrow.