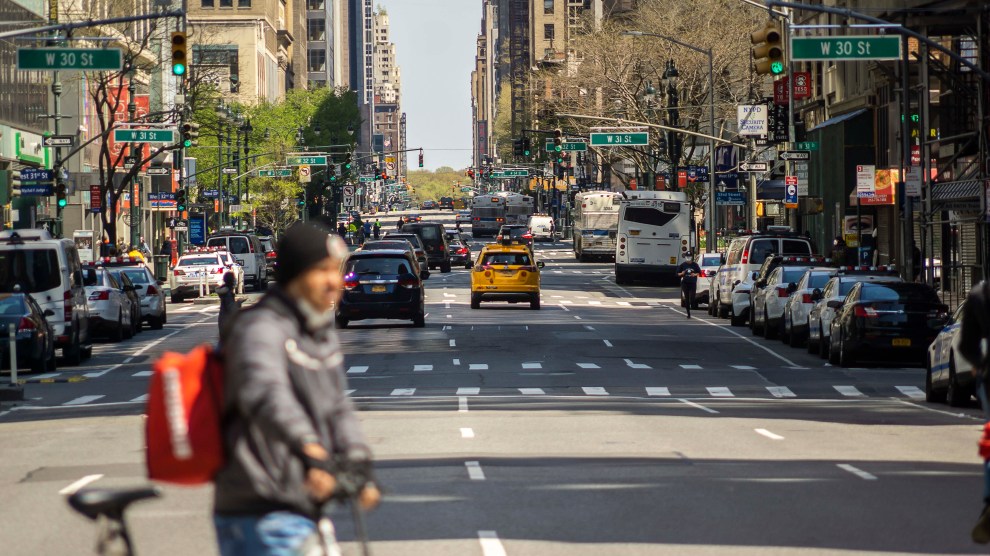 Residents of New York City, the nation’s coronavirus hot spot, will soon be able to walk, run, skate, and bike on the city’s already vacant streets. Mayor Bill de Blasio announced Monday that he was committed to closing 40 miles of streets to cars in May, with the goal of 100 total miles of street closures, to allow New Yorkers more space to socially distance outside.

Earlier in the month, the mayor’s pilot program to close a mere mile and a half of streets failed because, according to de Blasio, there were not enough NYPD officers to enforce it. After Oakland launched a program to close nearly 10 percent of its streets to cars with little police enforcement, de Blasio insisted the approach would never work in New York, saying, “We are just profoundly different than those other cities.” That same sense of New York exceptionalism is what caused the governor and mayor alike to throw up their hands and blame the city’s staggering coronavirus death toll on population density, rather than their own failure to shut things down sooner.

The street closures, mostly located in and around parks, will allow much-needed space for outdoor recreation in a city where miles of sidewalks are too narrow for social distancing. Here’s hoping that the specific street closures, when announced, actually benefit the crowded and low-income neighborhoods that need them most.