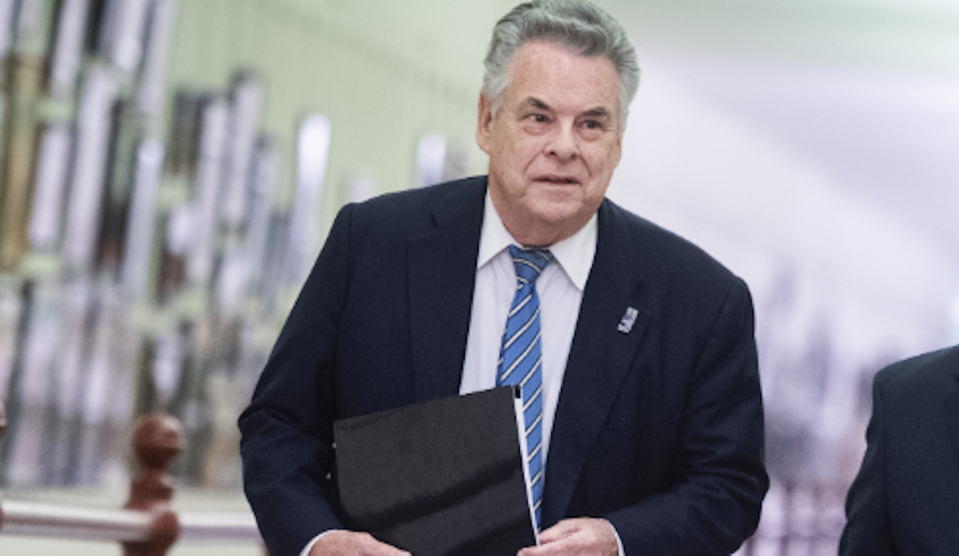 “To say that is ‘free money’ to provide funds for cops, firefighters, and healthcare workers makes McConnell the Marie Antoinette of the Senate,” King said on Twitter.

…cops, firefighters and healthcare workers makes McConnell the Marie Antoinette of the Senate.

The scathing condemnation by a House Republican comes as Democrats fight for more federal aid to be included for states in the latest coronavirus relief bill, as state budgets around the country project a staggering $500 billion loss in tax revenues from the pandemic. But McConnell this week made clear his aversion to including such measures.

“My guess is their first choice would be for the federal government to borrow money from future generations to send it down to them now so they don’t have to do that,” McConnell told Hewitt. “That’s not something I’m going to be in favor of.”

Soon after the radio appearance, his office later published a news release under the headline “Stopping Blue State Bailouts,” all but confirming the deeply partisan lens through which McConnell views general state relief amid a public health crisis.