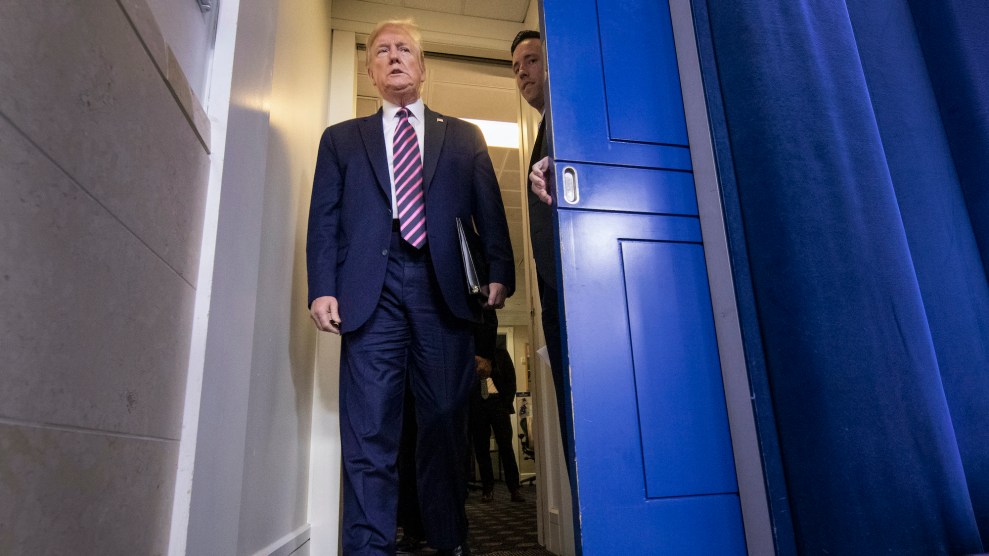 Some intrepid reporters at the Washington Post have waded through transcripts of all 35 White House coronavirus press briefings since March 16 and analyzed more than a day’s worth of President Donald Trump’s statements. What they found isn’t pretty, but it isn’t surprising.

Philip Bump and Ashley Barker, who looked closely at Trump’s remarks from April 6 to April 24, write that his “freewheeling approach” to his daily briefings closely resembles his on-pause campaign rallies. In nearly a quarter of his prepared statements and answers to reporters’ questions, Trump said something false or misleading, such as suggesting that injecting household disinfectants into the body might cure COVID-19. (Please don’t do this.)

In their review of 13 hours of Trump remarks over the last three weeks, Bump and Barker found:

Altogether, Trump has spoken for more than 28 hours since he started his daily briefings in March. In  comparison, we’ve heard from Dr. Deborah Birx, the White House coronavirus response coordinator, for 6 hours cumulatively, and Dr. Anthony Fauci, the country’s top infectious disease expert, for just 2.

Of his answers to 346 questions that Trump has been asked, he has responded by attacking someone in a third of his answers. The most common targets of those attacks were:

In some alternate universe, it might have been reassuring, or at the very least informative, for the president of the United States to spend such a significant chunk of time speaking to the public during a global crisis that has killed more than 50,000 Americans and cratered the economy. But who are we kidding? At least the president’s “ratings” were “through the roof”:

I’ve had great “ratings” my whole life, there’s nothing unusual about that for me. The White House News Conference ratings are “through the roof”(Monday Night Football, Bachelor Finale , @nytimes) but I don’t care about that. I care about going around the Fake News to the PEOPLE!