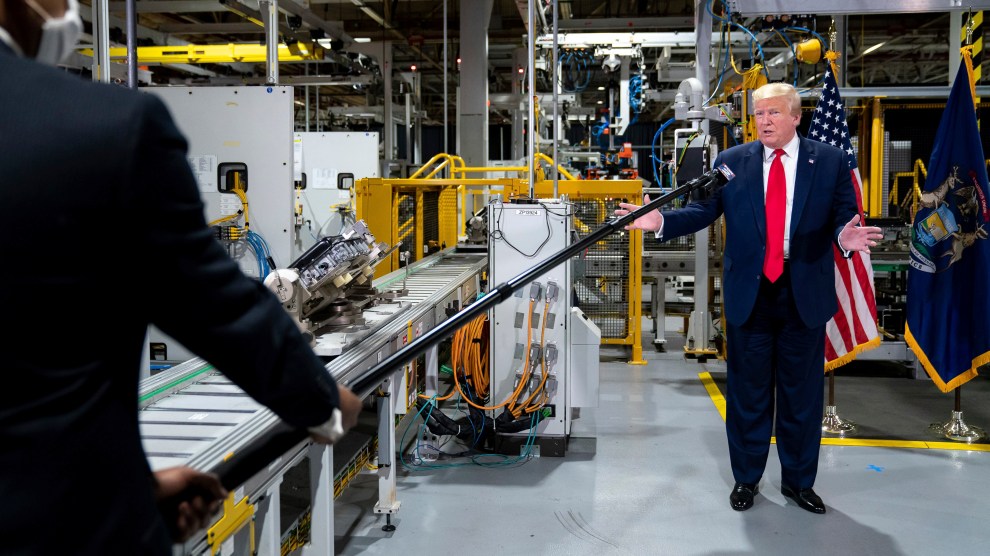 President Trump on Thursday continued to defy public health experts by refusing to wear a mask during a visit to a Ford plant in Ypsilanti, Michigan. Afterward, in an interview, the state’s attorney general likened him to “a petulant child who refuses to follow the rules.”

During his appearance at the plant, which is producing ventilators, Trump told reporters that he had worn a mask on other parts of his tour, but that he “didn’t want the press to get the pleasure of seeing it.” An executive order in Michigan mandates the use of face coverings in enclosed public spaces, and Ford’s company policy requires the use of personal protective equipment.

“This is not a joke,” Dana Nessel told CNN’s Wolf Blitzer on Thursday, adding that 23,000 people had died in Wayne County, near Ypsilanti. “He’s conveying the worst possible message to people who cannot afford to be on the receiving end of terrible misinformation, and it’s very, very concerning.”

Michigan AG @dananessel, on Donald Trump's refusal to wear a mask: "The president is like a petulant child who refuses to follow the rules…He's conveying the worst possible message to people who cannot afford to be on the receiving end of terrible misinformation." pic.twitter.com/1tlfG6y2sz