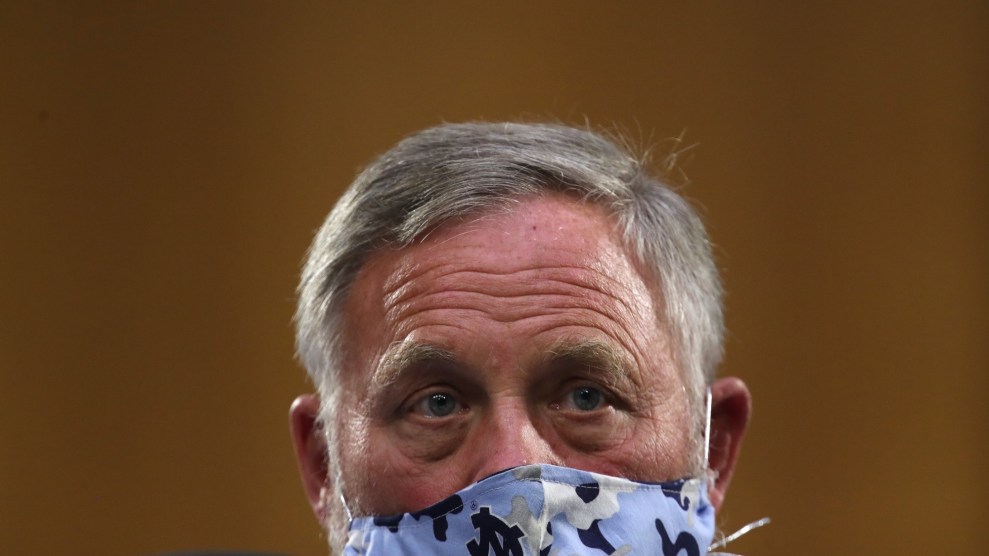 Sen. Richard Burr (R-N.C.) is stepping down as the chair of the Senate Intelligence Committee after federal agents served a search warrant on him Wednesday as part of an investigation into whether he used inside information on the coronavirus epidemic when he decided to unload stock ahead of a market crash.

“The work the Intelligence Committee and its members do is too important to risk hindering in any way,” Burr said in a statement Thursday. “I believe this step is necessary to allow the Committee to continue its essential work free of external distractions.”

Sen. Marco Rubio (R-Fla.) is expected committee’s temporary chairman while the investigation into Burr plays out. Sen. Jim Risch (R-Idaho) has more seniority on the committee, but is likely to chose to instead remain chairman of the Senate Foreign Relations Committee.

The Los Angeles Times reported Wednesday night that federal agents had executed a warrant to seize Burr’s cell phone as part of an investigation into whether Burr violated a law preventing members of Congress from trading on insider information they receive from their official work. Agents previously used a warrant to obtain information from Burr‘s iCloud account from Apple, the paper reported.

Burr sold off between $628,000 and $1.72 million in stock after he and other senators received coronavirus briefings from US public health officials, ProPublica has reported. The sales allowed him to avoid losing money when the stock market subsequently crashed due to the pandemic.

Burr has claimed he traded only on the basis of public information. He has also asked the Senate Ethics Committee to review his stock trades.

Other senators, including Sen. Kelly Loeffler (R-Ga.), also sold off stock after receiving Senate briefings on the virus.

Sen. Dianne Feinstein (D-Calif.) said Thursday that she answered questions from the FBI about her husband’s stock trades. Unlike Burr, Feinstein has said she had no personal involvement in the trades.

Under Senate rules I report my husband's financial transactions. I have no input into his decisions. My husband in January and February sold shares of a cancer therapy company. This company is unrelated to any work on the coronavirus and the sale was unrelated to the situation.

To get warrants, federal agents had to show they had probable cause to believe Burr broke the law. To investigate a sitting US senator, they also needed approval from Attorney General William Barr or other senior DOJ officials.

Burr’s decision to step down from the intelligence committee comes as the panel prepares to release the final installment of a series of reports on Russian interference in the 2016 election. Last month, the committee released a report affirming the assessment of intelligence agencies that Russia’s goal was to help elect President Donald Trump, a conclusion that Trump still disputes. Although the committee’s investigation under Burr has been far less aggressive than Democrats would like, Burr’s refusal to end it completely has made him a frequent target of criticism from Trump allies.