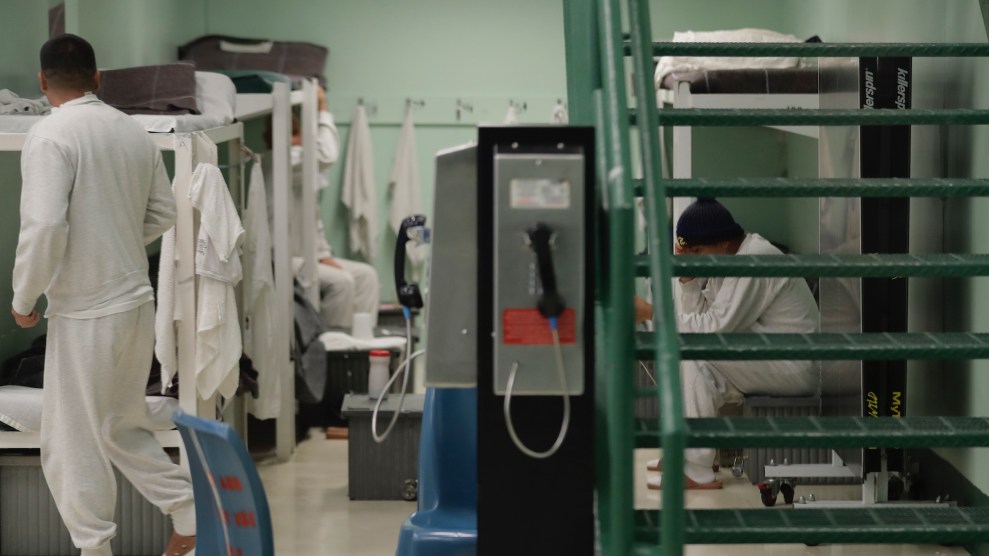 On April 17, acting Immigration and Customs Enforcement Director Matthew Albence told members of the House Oversight Committee that none of the people in ICE detention vulnerable to COVID-19 could be safely released. One week later, Carlos Ernesto Escobar Mejía, a medically vulnerable detainee falsely accused of domestic violence by ICE, arrived at the California hospital where he’d die from complications of the new coronavirus.

On Thursday, Democrats on the oversight committee wrote to Albence and acting Homeland Security Secretary Chad Wolf for the third time in three months about the danger posed by ICE detention during a pandemic. Chairwoman Carolyn Maloney (D-N.Y.) and civil rights subcommittee chair Jamie Raskin (D-Md.) stressed that those risks are no longer abstractions:

ICE has failed to take this crisis seriously, and three people—that Congress and the American people know about—have now died. At each step of the way, the agency has waited rather than acted, prioritizing continued detention of thousands of non-violent detainees regardless of the life-and-death consequences for immigrants, employees, contractors, or their families. One federal judge has ruled that ICE’s “systemwide inaction” has “likely exhibited callous indifference to the safety and wellbeing” of ICE detainees.

On Thursday morning, I reported on a fourth death that appears linked to ICE’s refusal to release people from detention. On Sunday, Óscar López Acosta, a 42-year-old Honduran man with diabetes, died of complications from the new coronavirus. López developed his first symptoms days after being released from an ICE jail plagued by the new coronavirus. ICE released López without testing him.

The two representatives added that ICE has misled their committee and the public about the coronavirus crisis in detention centers. ICE also hasn’t answered basic questions from the committee, such as how many people still in custody are vulnerable to the virus, they wrote. Raskin and Maloney are demanding that information along with all documents related to Escobar’s death.

As of Wednesday, 943 of the 1,788 people tested in ICE custody had COVID-19. The letter states that ICE now has a higher infection rate higher than any state:

“ICE has maintained that detention in its facilities is not punitive,” Maloney and Raskin wrote, “but the agency effectively sentenced Mr. Mejia to death when it opposed his release.”