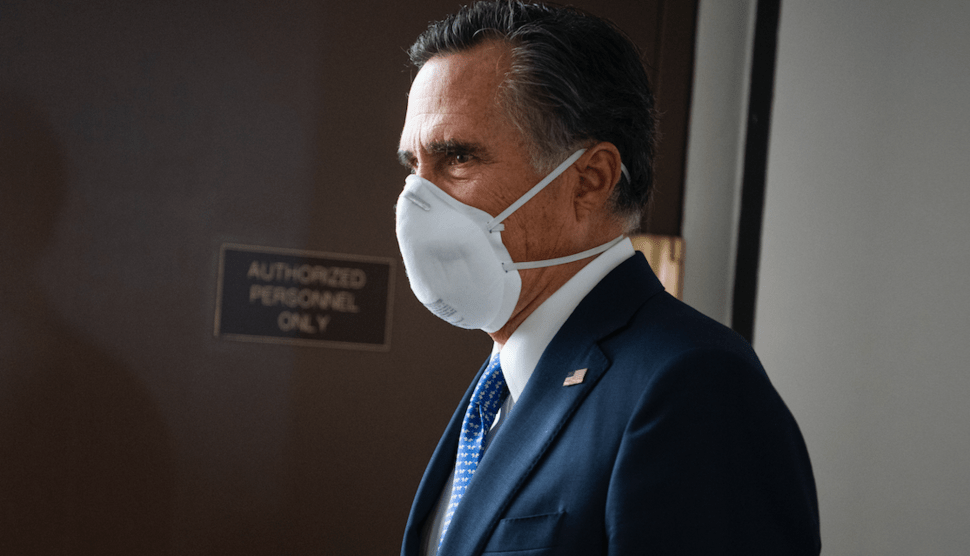 Sen. Mitt Romney on Tuesday decried the Trump administration’s ongoing claims that the US leads the world in coronavirus testing, saying that the country’s record in uncovering and tracking the virus is “nothing to celebrate whatsoever.”

“I understand that politicians are going to frame data in a way that’s most positive politically,” Romney said during a much-anticipated Senate hearing with top health officials helping lead the country’s coronavirus response. “But yesterday you celebrated that we had done more tests and more tests per capita even than South Korea. But you ignore the fact that they accomplished theirs at the beginning of the outbreak, while we treaded water during February and March.”

The scathing rebuke came just one day after the White House staged a press conference to try to take a victory lap amid the rising death count by celebrating the growing number of cumulative tests, even while the tests available per day remain far below what experts say is necessary to safely monitor a more mobile population. And the Utah senator didn’t stop there.

With the limited time he had left, Romney asked Dr. Anthony Fauci, the country’s leading expert on infectious diseases, if there was any truth to Trump’s accusations that former President Barack Obama is to blame for the lack of a coronavirus vaccine. “No, no senator, not at all,” a straight-faced Fauci responded. “Certainly President Obama nor President Trump are responsible for our not having a vaccine.”

.@SenatorRomney just wiped the floor with the Republican's talking points: "I understand that politicians are going to frame data in a way that's most positive politically… I find our testing record nothing to celebrate whatsoever." pic.twitter.com/iCxrdZ06sW

It was a stunning thing to witness: A former GOP presidential candidate coming to the defense of the Democrat who defeated him in order to knock the current leader of his party. But perhaps even more extraordinary was the fact that Romney was the only Republican Senator willing to use the hearing to do more than air some polite strain over the president’s disastrous pandemic response.