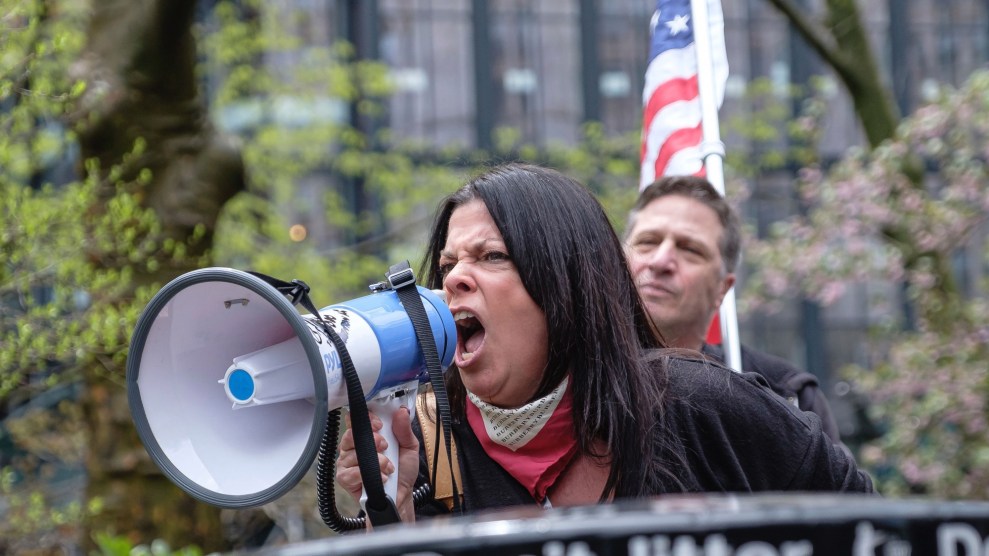 On Thursday, Kevin Vesey, a TV reporter for News12 Long Island, visited a local protest against the remaining restrictions put in place by New York to stem the spread of the coronavirus, filing a studiously restrained segment for broadcast.

But on Twitter, he decided to share a small piece of raw footage showing how he was harassed by the demonstrators as he went about his job of capturing their demands and relaying them to a wider audience. The footage circulated widely among journalists on Thursday and Friday, often accompanied by laments about the protesters’ targeting of Vesey. In under a minute, the video captures him being called “traitor,” “hack,” “disgusting,””the enemy of the people,” and, inevitably, “fake news.” All are, of course, phrases President Donald Trump has deployed against journalists who cover his administration.

On Friday night, the President himself retweeted the video, mimicking a chant the protestors had shouted: “Fake news is nonessential.” On Saturday morning, he retweeted it again, endorsing his supporters’ harassment by calling them “great people” and claiming that “people can’t get enough of this.”