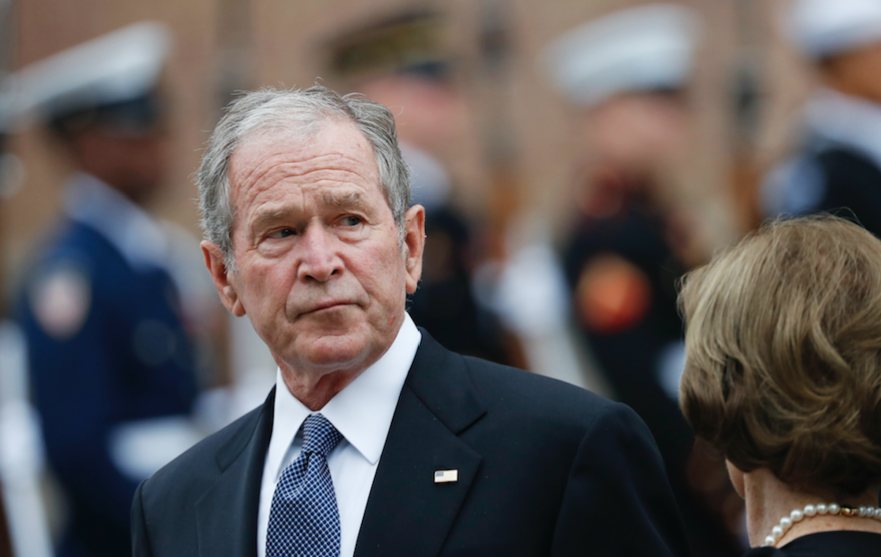 Former President George W. Bush, in a rare message for the Call for Unity campaign, is urging Americans across the political spectrum to come together in order to fight the coronavirus pandemic.

“In the final analysis, we are not partisan combatants,” Bush said in a video that premiered Saturday, as somber images of healthcare workers, immigrant families, and loved ones practicing social distancing measures were played. “We are human beings, equally vulnerable, and equally wonderful in the sight of God. We rise or fall together—and we are determined to rise.”

Don’t count on the current commander-in-chief to share the sentiment, much less respond with respect. Instead, the appeal for unity appears to have only fueled Donald Trump’s trademark divisiveness, not to mention his penchant for typos. Here he is this morning:

.@PeteHegseth “Oh bye the way, I appreciate the message from former President Bush, but where was he during Impeachment calling for putting partisanship aside.” @foxandfriends He was nowhere to be found in speaking up against the greatest Hoax in American history!

Trump seizing on a message to put aside political differences only to complain about his impeachment trial—by nature, a deeply partisan scenario—during a public health crisis that has already killed more Americans than the death toll from the Vietnam War is no longer surprising. But such grotesque behavior is still worth tracking as a reminder, yet again, that none of this is acceptable.