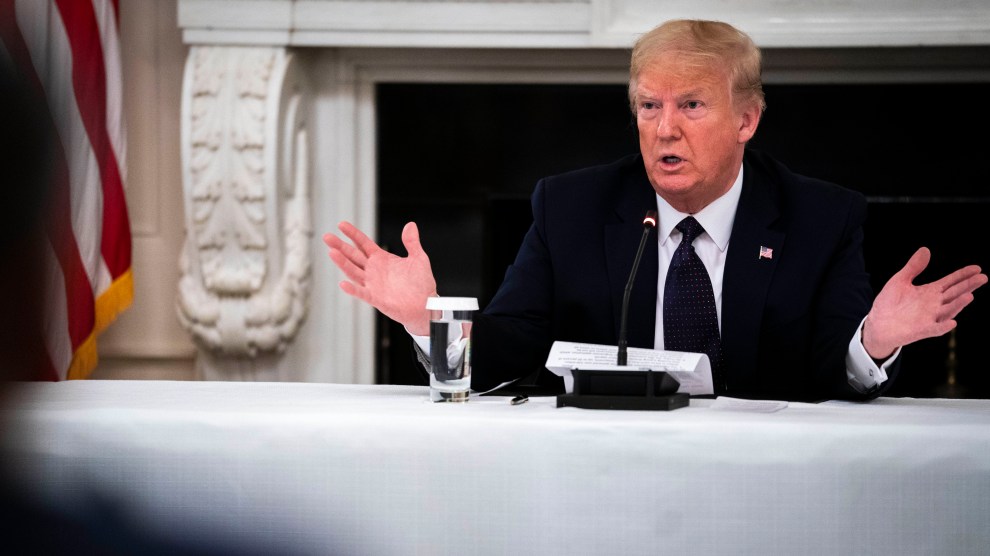 Another update in the hydroxychloroquine saga: The Food and Drug Administration has revoked its emergency use authorization for the controversial drug, which President Donald Trump has aggressively promoted and, at one point, claimed to be taking prophylactically.

The FDA said in its announcement that the suggested doses of chloroquine and hydroxychlorine “are unlikely to produce an antiviral effect” and that data from a recent randomized controlled trial did not show benefits over standard of care alone.

Trump said in late May that he’d finished his two-week regimen of hydroxychloroquine—perhaps now he’ll stop urging others to take the drug.