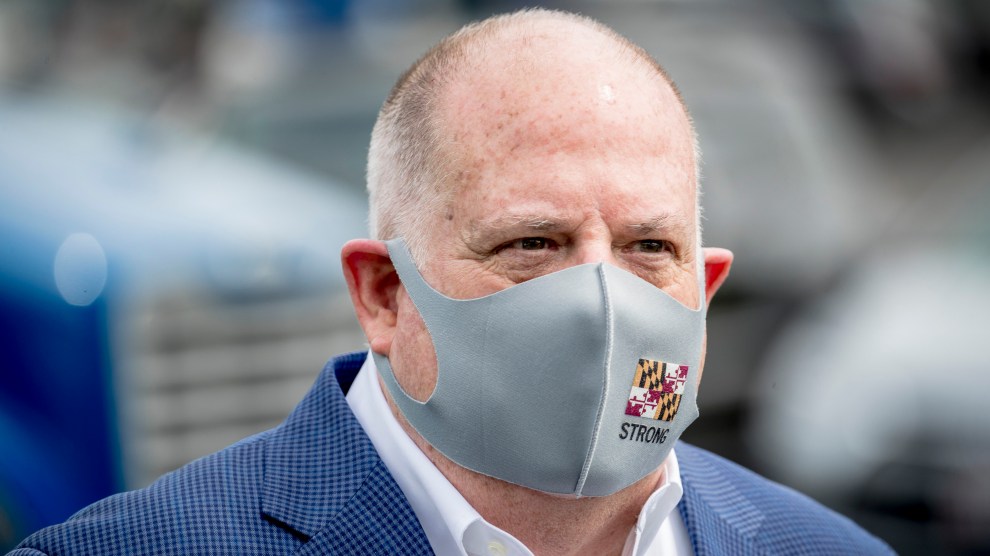 In a blistering op-ed published in the Washington Post Thursday, Larry Hogan, the Republican governor of Maryland, blasted the Trump administration’s failure to recognize the threat the coronavirus posed to the United States or to formulate an adequate plan to combat it.

Hogan, who is reportedly considering a run for president in 2024, wrote that the lack of a comprehensive coronavirus response plan in the United States led him to coordinate a shipment of half a million test kits from South Korea in April—a decision for which President Trump publicly criticized him.

“I’d watched as the president downplayed the outbreak’s severity and as the White House failed to issue public warnings, draw up a 50-state strategy, or dispatch medical gear or lifesaving ventilators from the national stockpile to American hospitals,” Hogan wrote. “Eventually, it was clear that waiting around for the president to run the nation’s response was hopeless; if we delayed any longer, we’d be condemning more of our citizens to suffering and death.”

As it turned out, Maryland wasn’t able to make immediate use of the South Korean test kits because the state lacked other necessary testing components, such as nasal swabs and reagents, the Washington Post reports. Hogan’s purchase drew criticism from domestic manufacturers, who argued that the test kits he secured were not in short supply in the United States, and were available for less than he paid.

Hogan’s op-ed makes no note of the delays Maryland faced in deploying its tests, but it does note the “jarring” disparity between Trump’s flippant attitude toward the coronavirus at the beginning of the outbreak and the urgent warnings public health officials delivered to the National Governors Association in early February. “Instead of listening to his own public health experts,” Hogan wrote, “the president was talking and tweeting like a man more concerned about boosting the stock market or his reelection plans.”