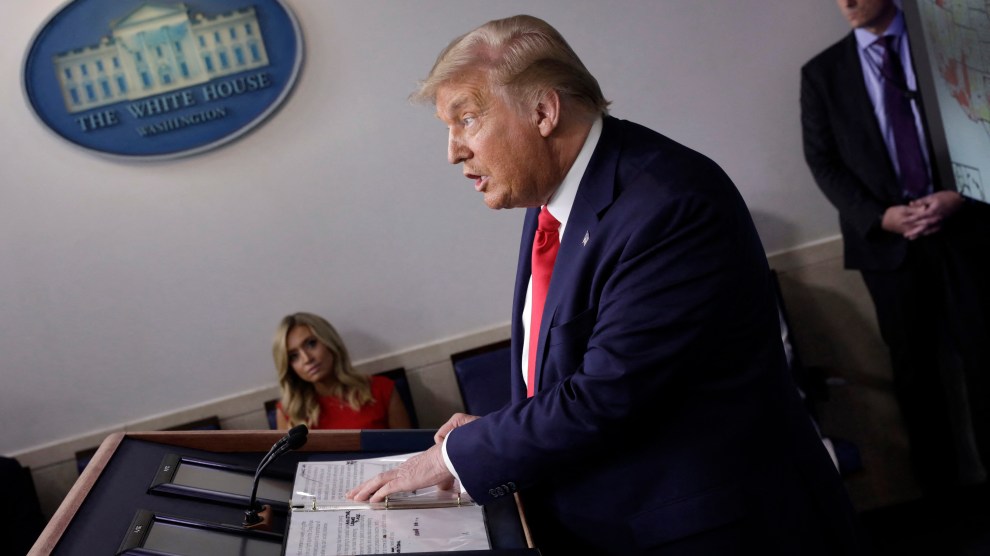 In a reversal of his previous plans, President Trump announced Thursday that the portions of the 2020 Republican National Convention scheduled to take place in Jacksonville, Florida will be cancelled.

The official business of the RNC—delegates’ nomination of a Republican presidential candidate—will still take place in person in Charlotte, North Carolina, the original convention site. When North Carolina Gov. Roy Cooper declared the three subsequent days of speeches and celebrations unsafe amid the coronavirus pandemic, ceremonies were relocated to Jacksonville. Now, they’re cancelled too.

I love the Great State of North Carolina, so much so that I insisted on having the Republican National Convention in Charlotte at the end of August. Unfortunately, Democrat Governor, @RoyCooperNC is still in Shutdown mood & unable to guarantee that by August we will be allowed…

Despite Trump’s previous insistence on holding a full in-person rally to celebrate his nomination, he painted the decision to cancel the event, which he announced at his third coronavirus briefing of the week, as his idea.

“I looked at my team and I said, ‘The timing for this event is not right, just not right, with what’s happened recently, the flare-up in Florida, to have a big convention,” he said. “It’s not the right time.'”

“They said, ‘Sir, we can make this work very easily,'” he continued, before launching into a tangent about the “senseless violence” he claims is plaguing American cities. “I said, ‘There’s nothing more important in our country than keeping our people safe, whether that’s from the China virus or the radical left mob that you see in Portland.'”