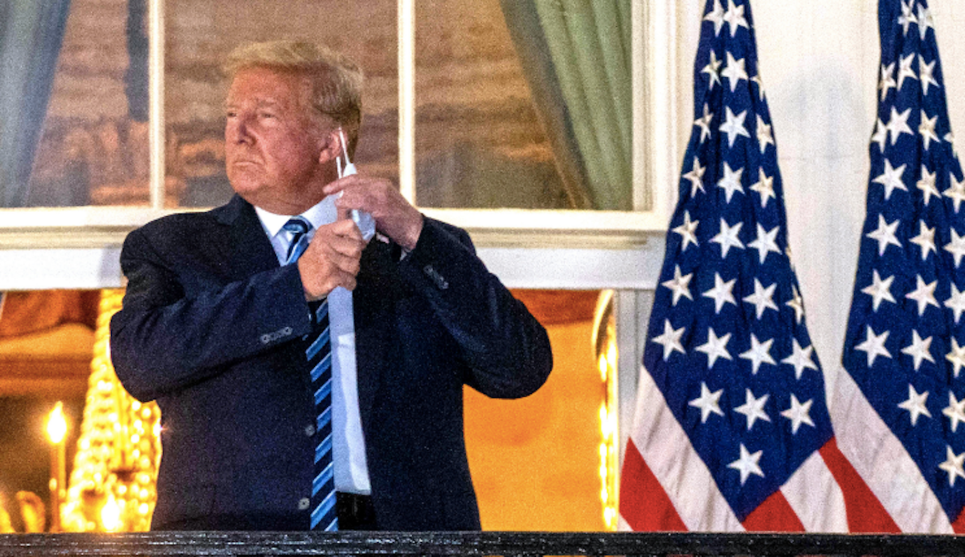 President Donald Trump, clearly unchastened by his hospitalization for COVID-19, is back to comparing the virus to the flu. It’s the same, tired falsehood he’s clung to—at least publicly—since the start of the pandemic, as he seeks to downplay the deadly disease, discourage public health interventions, and project strength amid an increasingly imperiled reelection campaign. Except this time, Trump significantly escalated the death toll from the flu, falsely claiming that it is more lethal than the coronavirus in “most populations.”

Take a look at Tuesday’s tweet and one he fired off in March:

Flu season is coming up! Many people every year, sometimes over 100,000, and despite the Vaccine, die from the Flu. Are we going to close down our Country? No, we have learned to live with it, just like we are learning to live with Covid, in most populations far less lethal!!!

So, what’s changed between March and today? More than 200,000 deaths in the United States, an economic crisis, a White House outbreak that continues to unfold, and a newly infected president. The mortality rate from the flu, however, has not. According to data from the Centers for Disease Control and Prevention, the estimated range of annual flu deaths in the United States over the past decade has been 12,000 to 61,000—well below Trump’s new figure of more than 100,000 people. What’s more, this isn’t even a straight comparison. The more than 200,000 deaths from COVID-19 have come despite widespread shutdowns, mask mandates, and social distancing campaigns—without these unprecedented measures, the death toll would presumably be far higher.

Trump actually knows all this. Back in February, he privately acknowledged to journalist Bod Woodward that COVID is “more deadly than even your strenuous flus.”A month later, Trump told Woodward, “I wanted to always play it down. I still like playing it down, because I don’t want to create a panic.”

Trump’s latest entry into his coronavirus denial comes a day after returned to the White House from Walter Reed Medical Center still contagious with the virus, defying public health guidance. “Don’t be afraid of COVID,” he tweeted. “Don’t let it dominate your life.”