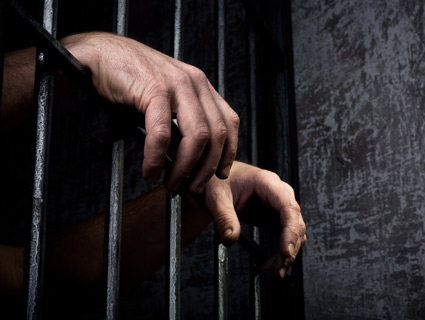 The debate over the constitutionality and humaneness of lethal injection has just intensified. For the first time on Tuesday, an execution was halted because the drugs could not be successfully administered. Romell Broom, who has been on Ohio’s death row since 1984, lay on the table for two hours while executioners tried to find a vein strong enough to withstand the injection. Finally, the execution was stopped after his lawyer convinced a judge to intervene. Today Broom’s attorneys filed additional appeals to postpone, if not cancel, his execution, and a U.S. district court has just delayed his second injection for at least ten days.

Not surprisingly, this incident is heating up the national conversation about lethal injection. On Monday, Broom will be deposed about what those two hours felt like. His testimony will be used in a suit that argues lethal injection is cruel and unusual. Ohio public defender David Stebbins, who is working on the case, told the New York Times that Broom “has relevent evidence that needs to be preserved. Mr Broom has, of course, the most relevent testimony of what exactly they did to him and the amount of pain he was put in.“

Since 2006, there have been three botched executions in Ohio. Each lasted for about two hours. Three years ago a condemed man in Florida was badly burned after the needle missed the vein and pierced his tissue. When I asked attorney Jen Moreno at University of California—Berkeley’s Death Penalty Clinic to explain this pattern, she said that despite the states’ promises to improve the system, it remains flawed. “They don’t have a good system,” Moreno said. “They have problems with protocol, problems with training, and problems with people carrying it out.”

Ironically, as Vince Beiser reported for Mother Jones in 2005, lethal injection was originally adopted to make capital punishment more humane. The Oklahoma legislator behind that movement later became a priest who vehemently opposed all forms of capital punishment, including lethal injection. He told Mother Jones, “I always think about my role, whenever I hear about a capital case being tried. It’s always me, like an old wound.”