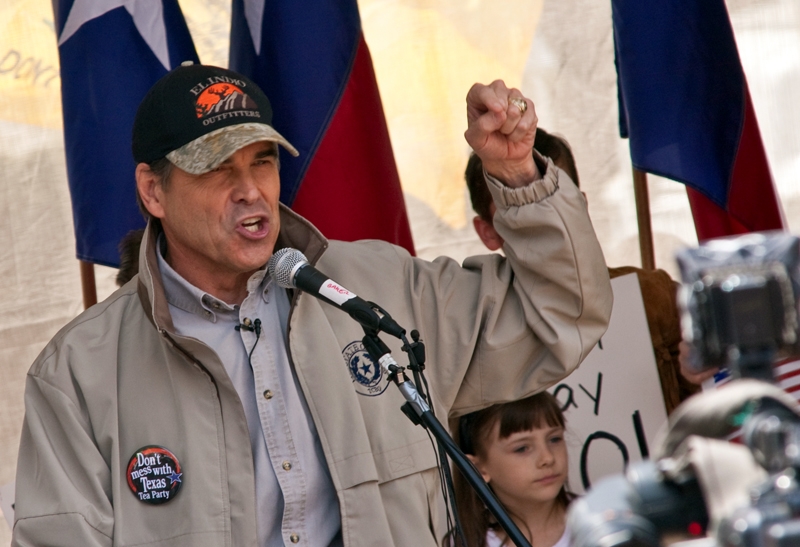 Despite a significant reduction in capital punishments in the past decade, the United States continues to pour a lot of money into the controversial practice, according to a study by the Death Penalty Information Center. Citing the report, “Smart on Crime,” Jim Ridgeway writes that “this is no small consideration for cash-strapped state governments.”

Tell that to Texas Gov. Rick Perry, who proved his fiscally conservative credentials in March when he refused $555 million in stimulus funds that would have covered unemployment benefits. The move backfired four months later, when Perry asked the federal government for a $170 million loan to cover his state’s dwindling unemployment funds.

And by continuing his whole-hearted embrace of capital punishment, Perry continues to misspend Texas’ badly needed cash. As the “Smart on Crime” study proves, Perry could save Texas a bundle by scaling back its execution program. Reducing executions could also divert criticism of Perry spawned by mounting evidence that Cameron Todd Willingham, who was executed in 2004, was actually innocent.

But the swashbuckling politician—who in April suggested that Texas could secede from the Union—has only reaffirmed his embrace of the death penalty. “Our process works, and I don’t see anything out there that would merit calling for a moratorium on the Texas death penalty,” he said on Tuesday. As Zack Roth notes, Texas Sen. Kay Bailey Hutchison, Perry’s top challenger for governor in 2010 and a strong supporter of the death penalty, has criticized Perry on the issue. Still, she hasn’t commented on the death penalty’s economic or ethical dimensions, instead charging that Perry’s handling of the Willingham case is “giving liberals an argument to discredit the death penalty.”