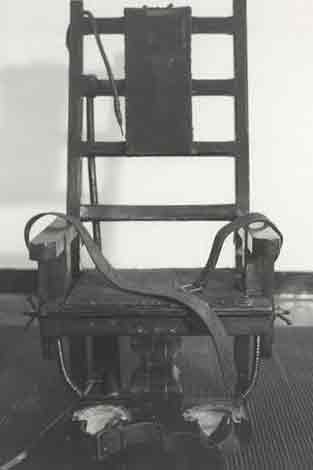 Good news: The legitimacy of the death penalty was served a major blow this week. The brains behind the modern capital justice system renounced it as a failure, according to Adam Liptak’s column in Monday’s New York Times. The American Law Institute which is comprised of 4,000 judges, lawyers, and law professors outlined the reasons why the system it created in 1962, which has resulted in the executions of more than 1,100 people in the U.S., is fatally flawed. But don’t expect to see state sanctioned killing end next week. “Capital Punishment is going to be around for awhile,” Roger S. Clark, a professor at Rutgers School of Law in Camden, N.J., says in Liptak’s piece. “What [the institute’s findings] does is pull the plug on the whole intellectual underpinnings for it.” So the question remains: When will legislation catch up with the facts? Here’s a break down of some news coverage from MoJo and beyond that bolster the ALI’s reported reasons for ditching the death penalty, and why the justice system should follow suit:

It’s exorbitantly expensive: See James Ridgeway’s The Death Penalty’s Big Tab for a rundown of the monetary incentive to end a practice that doesn’t even deter crime.

Defense lawyers are underpaid and incompetent: See Celia Perry’s Dying for a Lawyer which examines the lack of effective legal representation for death row inmates in Alabama.

It risks executing innocent people: In Texas, 11 innocent people have been released from death row so far. In Georgia, five innocent people have been released, but probably the most infamous exoneration involved Illinois’ Anthony Porter who, after 16 years on death row, walked out of prison 48 hours before his scheduled execution thanks to Northwestern journalism students who proved his innocence. Texas’ Cameron Todd Mitchell wasn’t as fortunate. A forensic group proved he was innocent of setting a house fire that killed his children five years after his execution, David Grann reported.

Capital punishment is racist: Ten years ago, MOJO covered Amnesty International’s findings on racial disparities rife in the imposition of capital punishment. Amnesty stated, “Racial discrimination, while more subtle than in the past, continues to play an equally deadly role in the U.S. legal system. Of the 500 prisoners executed between 1977 and the end of 1998, more than 81 percent were convicted of the murder of a white, even though blacks and whites are the victims of homicide in almost equal numbers nationwide.” The report also found that a disproportionate number of death sentences were handed out to poor people.

Feel free to add to my list by including links to other death penalty reports from news services or human rights organizations in the comments section below.