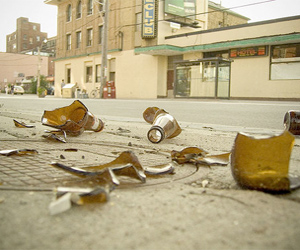 Yesterday, Mother Jones aroused a lot of online attention with my story, “Cop Walks Into a Bar And…Arrests You. For Having a Drink.” It details how Texas police officers can use a broad public-intoxication law to round up—and sometimes beat—its usual suspects: gays, Latinos, African-Americans, and anybody who looks like a potential illegal immigrant. You don’t have to be drinking to be arrested—you just have to be in the wrong place, with the wrong face.

You’d think that’s the sort of story that would put cops on the defensive—at least make them a little more circumspect about wielding their authority and their brawn.

Or not. Not according to today’s news from the Lone Star State.

My story began with the violent police raid of a Fort Worth gay bar, the Rainbow Lounge, on the 40th anniversary of New York’s Stonewall Inn riot. (This, after the police officers had already shaken down two “Hispanic bars” that night, according to one of the cops.) The Rainbow Lounge incident yielded a couple of public-intoxication arrests—and numerous injuries to patrons, including at least one cracked head. Public outrage over the police’s extralegal, extra-hamfisted tactics extended way beyond the area’s gays and lesbians—at one point, federal authorities were rumored to be investigating the officers’ conduct. The Fort Worth Police Department initially took a conciliatory stance: apologizing, investigating, then hiring a liaison for the LGBT community. The state’s liquor agency—whose cops participated in the raid—even offered to pay the medical bills of bar patron Chad Gibson, who ended up with a blood clot behind his eye. But today, news comes that despite all the good karma being built rebuilt, local police still want to prosecute two bar patrons for public intoxication—including the seriously injured Gibson.

This story just gets crazier and crazier, with stories of fondling, racism, and legal intrigue. A defense attorney for Gibson and patron George Armstong—who was also injured in the raid—says the local and state officers violated their own procedures. For its part, the state agency—the Texas Alcoholic Beverage Commission—agrees. It fired its three officers who were in on the raid after citing them for 19 rules violations, which might tell you something about the reliability of the arrests they made.

Julya Billhymer, an attorney and ex-cop in Fort Worth who represents Texans charged with public intoxication, got in touch with me today to discuss the situation in Texas. “There are several offenses in the penal code that we call ‘P-O-P’ offenses…’piss off police’ offenses,” she wrote. “PI is used as a way to take someone to jail with very little or zero probable cause. FWPD is sizing people up in seconds and cuffing/stuffing…very poor, and lazy police work.”

Billhymer—who discusses the ins and outs of PI on her blog—represents two people who were arrested in the Rainbow Lounge. One of those has already had the charges dismissed, and the other case is pending. But in a city whose police officers have had their own recent alleged problems with fatal drinking and driving—and tasing citizens in the eye—Billhymer is skeptical that there will be a kumbaya resolution to the Rainbow Lounge ruckus. “Not dropping Gibson’s case should show all citizens that even in the light of high scrutiny, the FWPD thinks they are omnipotent,” she wrote, “and they have the backing of the Fort Worth prosecutor’s office, who are clearly showing that they will go to the mattresses with the PD.”