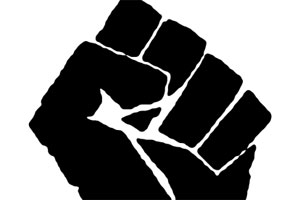 I recently arrived in Portland for a talk at Mercy Corps, and though my host tells me that the city’s strongest association is with roses, it feels more like my own personal Domestic Violence Awareness Town.

The first thing I thought of when I touched down was this stupefying stat I’d read: A few months ago, 18 people died in domestic violence incidences in less than 30 days here. That would be just one piece of an alarming trend in rising domestic violence rates—not that domestic violence statistics haven’t always been consistently alarming.

Then I was doing some unrelated Internet research, and somehow landed on this page for an “assault and family violence attorney” containing such offensive and flip copy—

—that I was left torn between my certainty that we put way too many people in prison for way too long and an intense visceral desire to not let wife-beaters out of jail to walk around in the world, ever.

Then, also totally unrelatedly, someone posted on my Facebook page the United Nations Foundation stat that “One of every three women in the world faces violence, coercion, or abuse as part of her everyday life—and more than 70% of women will experience violence in their lifetime.” And my host also reminds me that it’s naïve for me to find it hard to believe that, for example, there were 59 DV deaths in Wisconsin last year.

And the Facebook post comes with a link pleading that people should “Tell your representatives in Washington today that ending violence against women needs to be a real priority.”