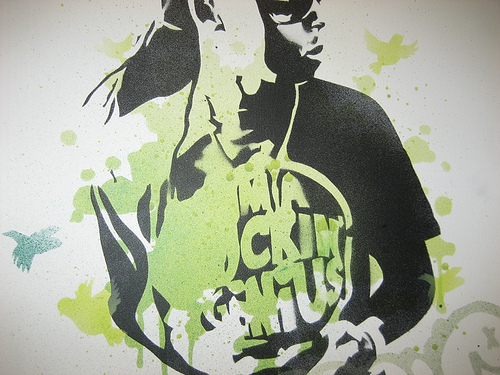 If you haven’t been obsessively following rapper Lil’Wayne’s is-he-or-isn’t-he-finally-headed-to-prison after all that emergency dental work/courthouse fire/Jay-Z duet-that-never-happened sentence suspension biz, you should know that not only has Weezy begun his year-long stint behind bars (after he pled guilty on weapons charges last October), he’s blogging about it. The F’s–that’s friends, family and fans–can catch Young Money’s jail house musings at Weezythanxyou.com, but if you’re not that committed, you might still be able to follow his thoughts on the world of sports at ESPN.com. For the record, the ESPN told the AP that’s not happening, but we can hope, right?

There’s no telling how often the blog might be updated, or what future wisdom we can expect from the genius beloved by both the Billboard charts and the New Yorker. Though blogging and tweeting from jail seems a bit…frivolous I think is probably the right word….there is something touching and sincere about the rapper’s personal notes to fans who have written to him:

Mia Edwards (Southern California) – I wish you nothing but the best for you. Earning your Masters in Library and Information Science is beautiful. I’ll keep you in mind whenever I decide to do an autobiography on my life.

Kelly Holloman (Brooklyn) – I still remember your letter. You have a great spirit. Thank you for the words and being a real fan. I love you.

Nurris Terrero (New York) – Your letter was so thoughtful and sincere. The way you worded everything left me in awe. Please send suggestions on books I should read. I look forward to checking them out.

And although we might not think we need more rapper-felon role models, maybe the world could use a few more superstars hyping library science. Even if they are hyping it from jail. On Twitter.