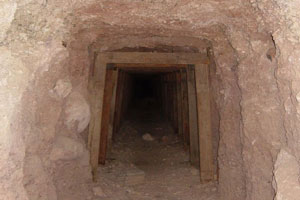 Davitt McAteer, who has spent 40 years fighting for safety reforms in the coal mining industry, will head an independent inquiry into the disaster at Massey Energy’s Upper Big Branch Mine. Unlike some of the investigations that follow high-profile industrial disasters, McAteer’s inquiry can be counted on to pull no punches. Whether his findings are acted upon and enforced, however, is another question. In an interview last week, McAteer told Mother Jones that the federal government all along had the authority to shut down the Upper Big Branch mine, which had “a record of terrible practices” and had been cited for numerous previous safety violations. The feds could have pulled the plug on Massey’s operations until the safety problems were fixed, he said, “if they had the balls.”

McAteer was appointed yesterday by West Virginia Governor Joe Manchin, but his inquiry, in which he’ll lead a panel of experts of his choosing, is to be independent of separate state and federal investigations. “I want a transparent third party, that’s not attached in any way, shape or form,” Manchin told the AP. The governor, who like everyone who’s held his position is friendly to the powerful coal mining industry in his state, now says he he wants to make sure state officials also have the right to shut down an unsafe mine. “If you have a serious violation that can cause what we had … either I have the right to shut you down, or you have to act immediately,” Manchin said. “I would rather err on the side of caution.”

According to the Wheeling News-Register, Manchin also said “We owe it to the families of the 29 miners we lost last week to find out what caused this. And we owe it to them and every coal miner working today to do everything humanly possible to prevent this from happening again.”  President Obama said something quite similar. But of course, these types of statements have been heard many times before. By now it is clear that even a hard-hitting investigation does not guarantee that changes will be mandated, implemented, or enforced. McAteer, who once headed up health and safety programs for the United Mine Workers and later served as an Assistant Secretary of Labor in the Clinton administration, was also tasked with leading the investigation that followed the 2006 Sago Mine disaster. His recommendations even helped bring about new mine safety legislation. But laws only work if they are enforced, and the mining industry has dragged its feet about implementing some changes. In addition, as has now been widely documented, the Mine Safety and Health Administration wrote up Massey dozens of times for recklessness and “high negligence.” Massey fought back against the citations and fines, and all the while kept on sending its workers into the mines. The MSHA never once used its power to shut down the Upper Big Branch mine—or any other mine, for that matter.

Without government enforcement to give them teeth, these mine disaster investigations have limited power to bring about any serious change for the better. It might be a different story if they had subpoena power, and used it; in this instance, that would almost certainly lead to criminal charges. Massey can only hope the investigations don’t end up putting company officials before a federal grand jury. If that were the case, any indictments would go before federal  judges, not to state courts, where the judges in the past have proven to be susceptible to bribes of one type or another. Last year, the U.S. Supreme Court ruled against a West Virginia judge whose decisions, the court said, had been unduly influenced by a $3 million campaign contribution from—none other than Massey coal.