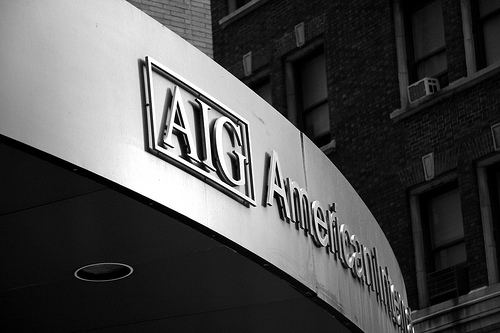 Without global insurer American International Group’s Financial Products outfit, located in London, the financial calamity would’ve been less severe. AIG FP, as it was known, sold oodles of a product called a credit default swap, essentially an insurance policy on bundles of subprime mortgages. (The way it worked, if the homeowners stopped making payments on their mortgages and money ceased to flow into those mortgage pools, the owner of that unregulated insurance policy got a big payout for a pretty small initial investment.) Problem is, AIG FP, led by a guy named Joseph Cassano, sold way too many credit default swaps. Way, way too many of them. And when the housing bubble burst, AIG was forced to post cash or securities for all those people to whom AIG had sold these swaps. The rest you know: the firm crumbled, was deemed “too-big-to-fail” and got more than $140 billion in bailout cash, and so on.

Now comes this news: Despite leading an office that nearly imploded the global markets, Cassano, who author Michael Lewis dubbed “The Man Who Crashed the World,” will face no charges for his role in the crisis. The Department of Justice had been investigating Cassano, the New York Times reports, to see “whether Mr. Cassano misled investors when he stated in December 2007 that the company’s obligations on the mortgage securities it backed were unlikely to produce losses.” Apparently he didn’t. Which means he was arguably the most oblivious executive to ever run such a complex, powerful financial operation.

Cassano’s dropped case is indicative of a broader failure by regulators and prosecutors to nail down any high-level culprits from the financial crisis. In a recent investigation, the Huffington Post Investigative Fund detailed how, despite banks’ reports of massive levels of fraud, banks regulators hadn’t made one criminal referral stemming from the financial crisis. Why not? A culture of self-policing, the I Fund’s David Heath writes:

While data on criminal referrals during the S&L crisis is spotty, the Government Accountability Office reported that in the first ten months of 1992 alone – a random snapshot – financial regulators sent the Justice Department more than 1,000 cases for criminal prosecution…

This time, prosecutors are relying more heavily on banks to report suspicious activity to the Treasury Department. Banks are required to report known or suspected criminal violations, including fraud, on Suspicious Activity Reports designed for the purpose. In effect, the reports, which can be many pages in length, provide substantive leads for criminal investigations.

Moreover, Heath adds, there are fewer cops on the beat when it comes to white-collar financial crime: “Deputy Director John Pistole testified before Congress last year that the bureau had 1,000 people working on the S&L crisis at its height. That compares to about 240 agents working on mortgage fraud cases last year.”

Whether the lack of resources and hands-off mentality influenced Cassano’s case is unclear. But it’s telling that the leader of arguably the most infamous operation throughout the entire crisis will walk away from the entire mess with only a bruised ego and a tarnished name.