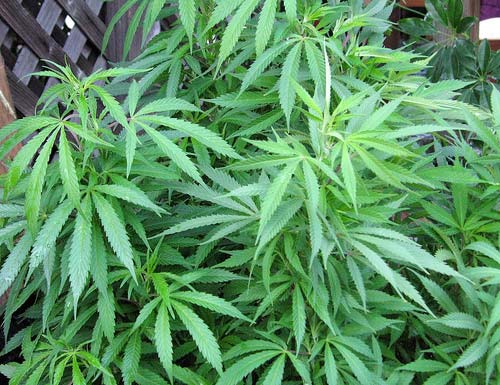 In a move expected to increase medicinal marijuana use six-fold by 2016, the Israeli government on Sunday approved new guidelines for medical marijuana. The Health Ministry, in coordination with the police and national anti-drug authorities, will oversee of the distribution and use of Israel’s marijuana. Until recently, these functions were carried out exclusively (for the entire country) by a single doctor.

According to the official statement: “This is in recognition that the medical use of cannabis is necessary in certain cases.“

The announcement predictably triggered snarky rejoinders about a government conspiracy to reduce hundreds of thousands of demonstrators protesting the cost of living to hazy passivity. But in fact, Israel has long held a distinguished place in pro-marijuana circles. It legalized cannabis to treat extreme symptoms in 1999, becoming one of the first countries to do so. The program was slow to take off—in 2009, only about 700 Israelis had prescriptions—but that number has since grown to 6,000. Marijuana is now approved for patients for conditions including fibromyalgia, cancer, HIV/AIDS, and multiple sclerosis, as well as for Israel Defense Force veterans suffering from post-traumatic stress disorder.

And inevitably, some have proposed marijuana as a solution to the Israeli-Palestinian conflict. In this clip from 2009, one young activist explains (in Hebrew) from his perch atop the grave of Israel’s first prime minister how weed can help advance the peace process.

The whole “pot for peace” thing hasn’t quite caught on. But the medicinal advantages of marijuana have received support from rabbis. Despite concerns that marijuana use might violate certain Jewish teachings, such as to avoid medication unless there is no alternative, the Jewish Daily Forward wrote last year that “most Jewish thinkers on the issue have concluded that all these concerns are trumped by the Jewish imperative toward compassion and the sanctity of life.”

The American pro-legalization movement has taken notice, claiming Jews as allies. One post on DailyPaul.com, a libertarian website “inspired” by GOP presidential candidate Ron Paul, might have slightly overstated the case though: “Both Orthodox and Reform Jews believe Marijuana is a Mitvah (sic). A Mitvah holds all the weight of the commandments. A Jew is Obliged to Disobey the Law to fulfill a Mitvah as a mandate of the faith.”

Unfortunately for Stoner Nation, a survey of the Torah’s 613 mitzvot, or biblical commandments, fails to reveal reference to any cannabinoids. And as for Israel, well, it might not turn out to be the new Amsterdam after all. The 420 Times, reacted ambivalently to Israel’s announcement, noting that the government would be responsible for dispensing the weed.

According to the self-proclaimed “magazine of medical marijuana and natural healing”: “It would seem that is better than nothing, but Canadian patient’s (sic) haven’t had a very good experience with the cannabis their government is responsible for. The quality can often be below par, which is not a good attribute for medical marijuana.” Total bummer, dude.