The U.S Sentencing Commission has released a new report detailing trends in federal sentencing over the past five years. There’s a good deal to sort through, but one big takeaway is that for the first time ever, the majority of federal felony convictions involved Hispanics—even though they make up just 16 percent of the total population. Here’s a chart showing the figures: 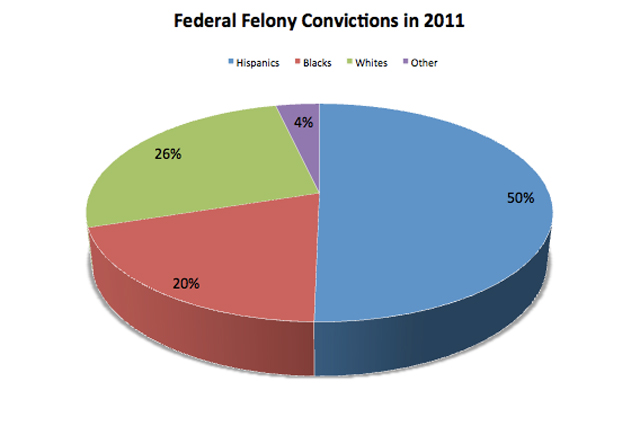 There’s a pretty clear explanation for this. As the Associated Press notes:

The commission’s statistics also reveal that sentences for felony immigration crimes — which include illegal crossing and other crimes such as alien smuggling — were responsible for most of the increase in the number of Hispanics sent to prison over the last decade.

On the other hand, we’ve seen a boom in the private corrections industry in response to the spike in immigration-related offenses. So don’t expect anyone to actually do anything about this.