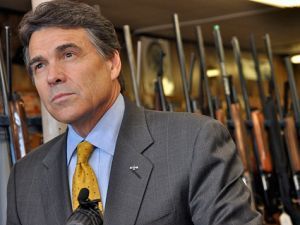 Update: The Texas Board of Pardons and Paroles denied Buck’s petition for clemency on Tuesday; Perry still has until Thursday to step in and grant a 30-day stay of execution to allow time to reconsider the evidence.

On Thursday, Duane Buck is set to become the 235th person to be executed during Rick Perry’s tenure as Governor of Texas. Buck murdered two people and shot a third in 1995, and is, by his own admission, totally guilty. But his death sentence was obtained in party through the testimony of a since discredited psychologist who stated that Buck’s race (he’s black) made him more of a long-term threat. For that reason, as I explained previously, then-Texas Attorney General John Cornyn (now a Republican US Senator) called for Buck and five others to receive a re-trial. Over the last 10 years, Buck is the only one who hasn’t.

Neither Cornyn nor Perry are commenting on Buck’s impending execution, but last week, Linda Geffin, a former Harris County prosecutor who helped convict Buck, joined the chorus of criminal justice activists and editorial boards calling for Perry to let Buck receive “a fair trial, untainted by considerations of race.”

The state attorney general’s office defended the sentence last week, stating that “Race was injected into this case by Buck—not the state” because the defense had summoned the psychologist in question. Kate Black, Buck’s advocate at the Texas Defender Service, rebutted those claims in a brief filed Monday in federal court: