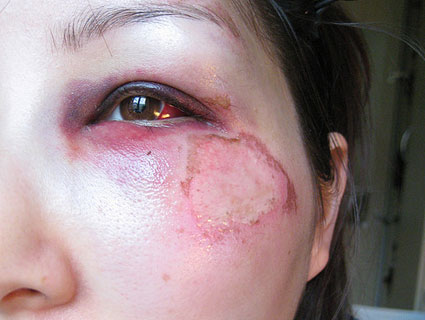 Topeka City Council voted on Tuesday night to drop a ban on domestic violence within the city, in a bass-ackward attempt to force county law enforcement to deal with those cases. As I blogged last week, the city and the district attorney are in a spat about who should pay to prosecute those cases, and the result has left victims of domestic violence in the lurch.

The Topeka Capitol-Journal reports that the council voted 7 to 3 to repeal an ordinance banning domestic battery. Supporters argue that the move will force Shawnee County District Attorney Chad Taylor to resume prosecuting those cases, which he stopped doing last month in protest of budget cuts:

The vote came after [Interim city manager Dan] Stanley recommended the governing body approve the repeal to make it clear that only the district attorney’s office is legally empowered to prosecute domestic batteries committed in Topeka and can’t “dump” that responsibility on the city.

Stanley said the repeal would “remove all ambiguity from this question” while giving the city leverage as it negotiates with the county commission and district attorney’s office to seek to ensure misdemeanor domestic batteries committed in Topeka are prosecuted in district court.

The city’s assistant attorney says domestic violence is still a crime, since there’s a state law banning it. But the move essentially ensures that no one is in charge of enforcing that law in the state capital. And, let me remind you again, that October is Domestic Violence Awareness Month. Looks like they really know how to celebrate it in Kansas.