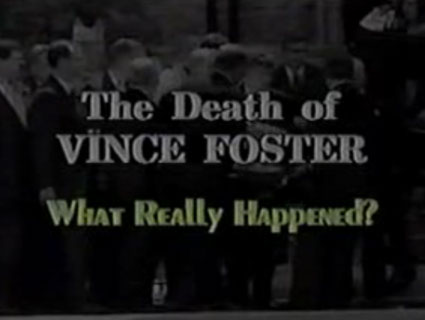 On Friday, Zachary Edwards, who worked as the Iowa new media director for President Barack Obama’s 2008 campaign, was arrested in Des Moines and charged with attempting to impersonate Matt Schultz, Iowa’s Republican secretary of state. Edwards, who had been working for a Des Moines political consulting company with close ties to Iowa Democrats, was promptly fired.

To several right-wing news sources, not only was Edwards’ guilt immediately obvious, so was the fact that his arrest likely represented one small piece of a conspiracy reaching straight to the top. “Much like Watergate, which began with a seemingly simple (if puzzling) burglary and ultimately unraveled the Nixon administration, it is impossible to say how far the trail of criminality will go,” wrote Powerline‘s John Hinderaker.

“The big question is how far up it goes,” pondered the notoriously conservative editorial board of Investors Business Daily, before speculating about Edwards’ supposed ties to “the secretive rich-man’s club known as The Democracy Alliance, and the loud crazies of MoveOn.org, both funded by socialist billionaire George Soros” and “a conspiracy to defraud democracy” involving “some of the highest political crimes ever.”

Newsbusters, the site dedicated to “exposing and combating liberal media bias,” speculated that the lack of coverage of the Edwards story meant it wasn’t “safe” for the mainstream media to cover and insinuated that the Associated Press had purposely “avoided the damning details.” (Glenn Reynolds, a.k.a Instapundit, promoted Newsbusters‘ coverage of the story.) And Hot Air wondered “what connections Edwards has to Democratic Party leadership” and “how many more Zach Edwards we can expect to find in Barack Obama’s campaign this time around.”

Since every journalist worth his salt would love to expose something “much like Watergate,” I decided to try something the right-wingers hadn’t thought of: reporting. The criminal complaint against Edwards (PDF) has a case number associated with it, so when I couldn’t hunt down a number for Edwards himself, I tried the Polk County court clerk’s office and Edwards’ bail bondsman to see if he had an attorney. As it turns out, it was a dead end—Edwards apparently hasn’t hired a lawyer yet or had one appointed for him. No one, at least, has made court appearances on his behalf.

But I didn’t have to go to a defense attorney to find out that Edwards probably isn’t part of a grand conspiracy. John Sarcone, the county attorney in charge of prosecuting the Edwards case, couldn’t say much about the details because of Iowa ethics rules. But when I told him what Hinderaker and IBD had been saying about Edwards, he laughed. “People have got imaginations, I’ll tell you that,” he said. “I don’t think that’s the case at all. They ought to give those jobs to creative writers, because that’s fiction.”

The White House and the Obama 2012 campaign declined to comment as to whether the president might be involved in an obscure campaign worker’s alleged plot against the Iowa secretary of state. I smell a cover-up!